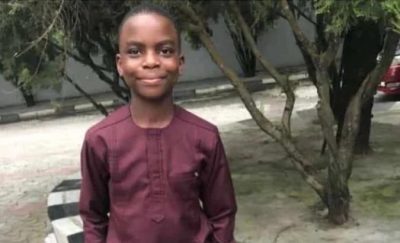 The family of Sylvester Oromoni says the deceased student of Dowen College is yet to get justice.

Oromoni, who was a pupil of Dowen College Lagos, died in November 2021 after he was alleged to have been bullied and beaten by five of his colleagues. His father had claimed he was attacked and fed a chemical.

Dowen College dismissed the claim, alleging that the boy sustained injuries playing football with his friends.

The first autopsy initially declared that Oromoni died of “acute lung injury due to chemical intoxication” but it was subsequently discredited in favour of the counterclaim that only the bereaved’s family witnessed the autopsy.

Following a probe by the Lagos police, the department of public prosecution (DPP) — backed by the results of a second autopsy at the Lagos University Teaching Hospital (LASUTH) — declared that Oromoni died “naturally”.

The case has been in a coroner’s inquiry since January 21 as the family vows to pursue justice up to the apex court.

The bereaved family had alleged “delay tactics” in the inquiry after the court sitting suffered a momentary drag.

Addressing journalists while marking his son’s one-year death anniversary, Sylvester Oromoni (Snr) called on the Lagos state government to charge Dowen College and all its staff “as a matter of urgency.”

“The legal advice earlier issued by the Office of the DPP, ministry of justice, Lagos state indicted Dowen College and some of its staff and recommended them for prosecution,” the father said.

“These individuals indicted are still working freely while the body of the deceased continues to lie in the morgue.

“With the effort of the honourable coroner and the cooperation of several parents particularly the parents of the two witnesses who came from Abuja to testify on the 14th of November 2022, the coroner thereafter adjourned proceedings to the 21st of November 2022 for Dowen to produce the two remaining witnesses from the school.

“However, due to the college’s antics and strategy, the school refused to provide these two witnesses who are currently in Dowen College on the said 21st of November 2022 to enable them to testify before the coroner.

“As a result of that, the Inquest was further adjourned to 28th November 2022. Unfortunately, the Coroner could not also sit on this date because of the unavailability of these vital witnesses from Dowen College.”

The bereaved father, while speaking on the delayed court sittings, said he might be forced to withdraw from the case and opt for “a different legal step” should the coroner’s inquest not be concluded by the end of 2022.

TheCable authored a two-part series about unsolved student death cases and the frustrations of the bereaved. (The Cable)