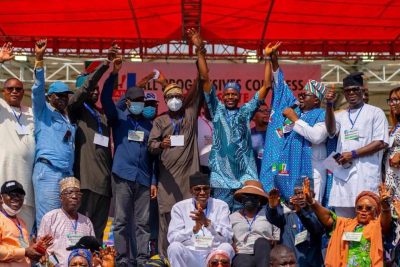 Pastor Cornelius Oyefolu Ojelabi was declared as the Chairman of the Lagos APC while other executives were duly elected, in the presence of the Governor, National Assembly members, State Assembly Members, LGA Chairmen, State Exco Members, Party Leaders, Delegates across all LGAs, the National Committee representatives, INEC Observers and others.

The National Committee and independent observers commended the free, fair and credible process of the congress, they enjoined other States to emulate this good example set by Lagos State APC.

It’s not enough that you slept with someone’s wife, you were also broadcasting it – Daddy Freeze calls out Kpokpogri (Video)