Panic as raging Monkeypox forces US to declare state of emergency 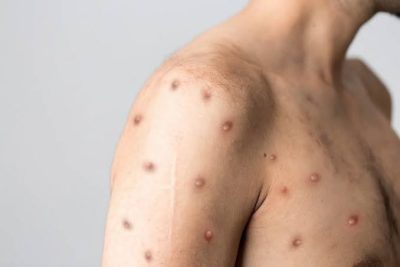 The United States Government on Thursday declared a state of emergency over Monkeypox raging in the country.

Monkeypox is an illness caused by the monkeypox virus. It is a viral zoonotic infection, meaning that it can spread from animals to humans. It can also spread from person to person.

The US has recorded over 6,600 cases of the virus, which cause fever, aches, and bumps or sores on the body.

Health and Human Services Secretary, Xavier Becerra announced that he would be declaring a public health emergency over monkeypox outbreak.

He said the government was prepared to take its response to the next level in addressing the virus.

Becerra urged every American to take monkeypox seriously and to take responsibility in tackling the virus.

“I want to make an announcement today that I will be declaring a public health emergency,”

“We’re prepared to take our response to the next level in addressing this virus.”

“We urge every American to take monkeypox seriously and to take responsibility and help us tackle this virus,” the New York Post quoted him as saying.

Centre for Disease Control (CDC) Director, Rochelle Walensky said it was importantly that the declaration would also help the nation continue to expand public health’s ability to expedite data sharing so that they could have comprehensive and timely data available to inform public health decisions.