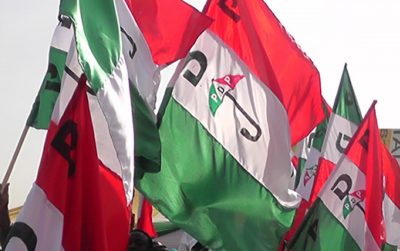 The main opposition party PDP is faced with two options that can make or break its political destiny. At the end of the day, a choice of priority is definitely what will cut it and define the destiny of the party in 2023.

I’ll start by tracing a little history. The PDP came first into power in 1999 with Olusegun Obasanjo as president. Obasanjo spent eight uninterrupted years as commander-in-chief. This marked a full eight years in the south-west.

His successor, Umaru Yar’adua from the north-west spent approximately three years (2007-2010) before he passed away in May 2010. This marked the end of the presidency in the north under the PDP. Goodluck Jonathan completed the term elapsing in May 2011.

Jonathan contested and won the election under the PDP platform in 2011 against the zoning principle of the party and spent another four years as the president marking an unprecedented five-year presidency in the south-south.

This came amidst strong clamor for a power shift within the party. But the larger northern caucus of the party was persuaded to maintain the status quo and allow power for the first time ever to go south-south in the interest of unity and inclusion of a perceived “minority region”.

By 2015, the presidency had effectively resided in the south for 13 years leaving only a paltry three years to the north which controlled the largest voting bloc of the country. Amidst growing agitations for power shift to the north, once again Jonathan insisted he had to run.

This action would lead to a greater debacle that would confront the party in the near future with regards to the potential of the opposition party spending eight years in Aso Rock and the yearn for a consequential power shift.

That singular act by Jonathan led major northern key players within the party to defect to the now formidable opposition party, APC, led by a serial runner up at the polls with constant 12 million votes in the northern region. What a way to affect the growing agitation for power shift.

Jonathan and PDP’s defeat at the polls in 2015 was almost inevitable. The party would go on to lose another election to the now incumbent in 2019 whose 12 million northern remained intact, now reinforced with the power of incumbency.

The events of 2015 and 2019 highlight one major reality: “The north is where elections are largely won & lost”.

Fast forward to the year 2022, tension is high, elections are around the corner and political parties are scheming on winning strategies in the forthcoming election.

However, PDP seems to be distracted towards a choice between a golden goose that lays eggs for mass wealth for success and a broiler that serves an immediate need for meat without end result (putting current scenarios into perspective).

After eight years of Buhari, there are natural calls for a power shift to the south, and the body language of the incumbent party APC all but suggests its candidate is coming from the south and the southwest is its preferred destination.

Going by the zoning principle of the PDP, after 13 years in the south and three years in the north, the natural choice is to maintain the status quo in the 2019 election, where the party picked a candidate from the north in line with its principle.

Unlike 2019, this time around the PDP is at a position of advantage to sway northern voters to its fold by picking a candidate from the north backing it up with its constant 11 states in the south-east and south-south for a smooth and easy rider to Aso rock.

However, some would argue that the nation needs a shift for equity and balance. Morally, Yes. But the onus is on APC after years of Buhari. After all, the zoning arrangements of APC are not applicable to PDP in saner situations.

The situation in the party is that stakeholders in both regions are advocating for the ticket. It is however the responsibility of the party to trace its antecedents in zoning, identify what went wrong along the line and choose a line of action that fits its ultimate goal of victory in the forthcoming election.

If the party does its homework well, 2023 is signed, sealed, and dusted. If the party also takes a decision based on popular sentimental demands not keeping its eyes on the ball, it plays itself out of advantage and no miracle can make it win the forthcoming elections because the numbers are simply not there.

•Abdullahi Abba is a political/public affairs analyst and a public commentator. He writes from Kaduna and can be reached via @[email protected] & on Twitter @sir_balemoh

PDP and the route to Aso Rock
0
Share FacebookTwitterGoogle+ReddItWhatsAppEmail