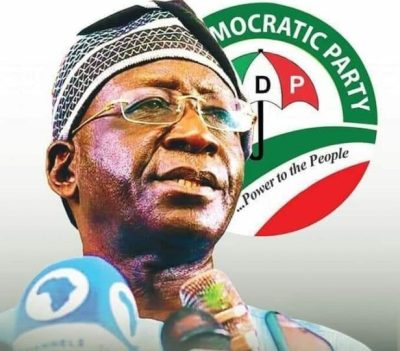 by Nyesom Wike, governor of Rivers State for the removal of Senator Iyorchia Ayu, the party’s national chairman.

The National Publicity Secretary of the party, Debo Ologunagba, made this known on Thursday at the party’s headquarters in Wadata Plaza, Abuja.

The leadership of the chairman was ratified in a vote of confidence despite disputations from some sections of the party and yearnings for him to step aside as the national chairman.

Wike met with some PDP serving, former governors, and other party stakeholders on Sunday.

The Rivers governor has been in disagreement with the party’s flag-bearer, Atiku Abubakar, in the fallout of the party’s special convention last May and the subsequent nomination of the Delta State Governor, Ifeanyi Okowa, as the party’s vice-presidential running mate.

The development didn’t go well with the Rivers State governor and his camp, prompting calls for the chairman of the party to step aside, including the reorganisation of the executive arm of the party.

However, barely 24 hours after setting up a committee by the party’s Board of Trustees to wade into the disagreement between Atiku and Wike, the duo reportedly met at the residence of Jerry Gana, a pundit of the party.

According to the outcome of the meeting, Debo stated that the PDP has resolved to “restate confidence in the National Chairman, Sen. Iyorchia Ayu, and the National Working Committee NWC in running the affairs of the Party.

The party also “restates confidence in the capacity, experience, and competence of H.E Atiku Abubakar to rescue, redirect and rebuild this country to earn the respect of the international community.”