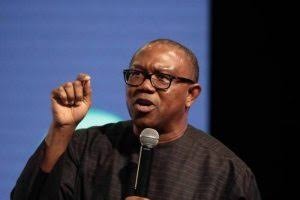 He said the former governor’s quest for presidency will end in catastrophe as Obi carries a self-inflicted curse on his head.

Okoye said Obi voluntarily made a vow not to leave APGA. Obi, he said, wished himself and family death if he abandoned the party, which made him governor between 2006 and 2014.

Okoye attributed Obi’s loss with Atiku Abubakar in the 2019 election to the curse, adding that Obi will meet another failure as Labour presidential candidate.

“Unless Peter Obi returns to APGA, he will never achieve anything politically”, Okoye said.