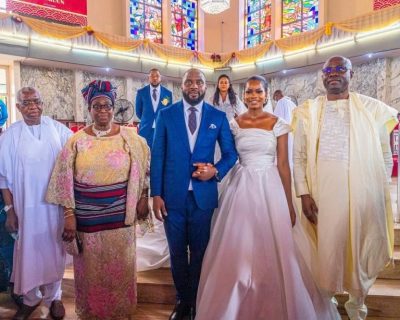 Prominent personalities from different parts of the country on Saturday attended the wedding ceremony of the Speaker, Oyo State House of Assembly,  Adebo Ogundoyin, held at the All Souls’ Anglican Church, Ibadan.

The News Agency of Nigeria reports that the solemnisation between Ogundoyin and his wife, Olamidun Majekodunmi, was also witnessed by both the present and past governors, politicians, judges, traditional rulers, religion leaders, among others. 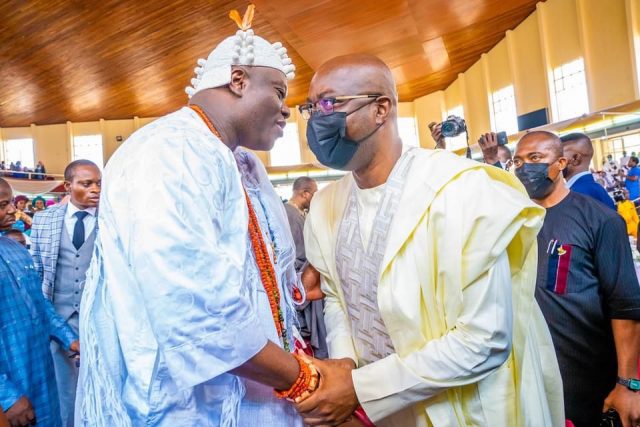 NAN reports that some of the dignitaries were Gov. Seyi Makinde of Oyo State; Gov. Dapo Abiodun of Ogun; Deputy Governor of Oyo State; and Rauf Olaniyan, Gov. Rotimi Akeredolu of Ondo State and a former Governor of Ogun, Gbenga Daniel.

Among the traditional rulers were the Ooni of Ife, Oba Adeyeye Ogunwusi and the Alake of Egbaland, Oba Adedotun Gbadebo. 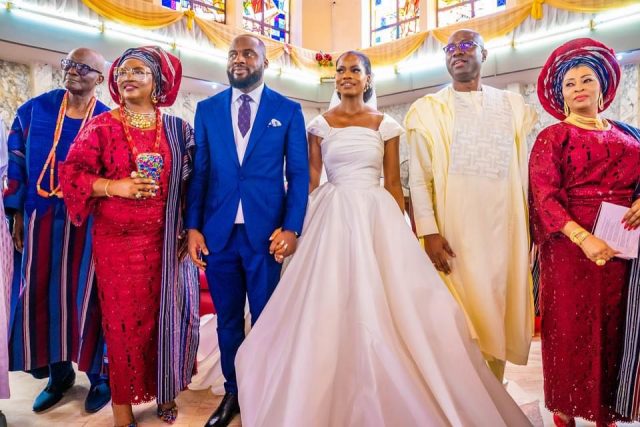 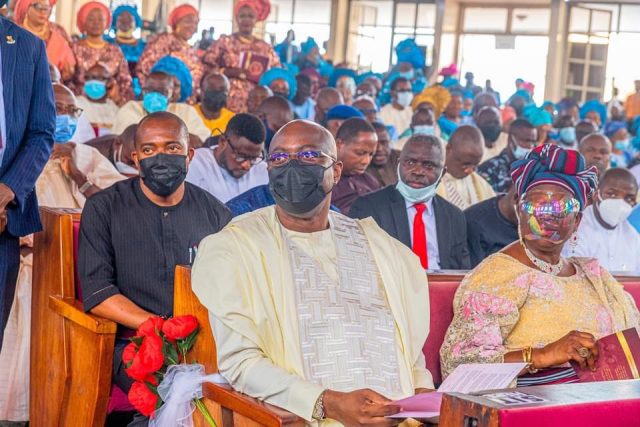 NAN reports that the Speaker is the son of the late Eruwa business mogul and philanthropist, Chief Adeseun Ogundoyin, while his wife is the daughter of Dr Olufemi Majekodunmi, founder Kejide Hospital.

In his sermon, the Bishop of Ibadan South Anglican Diocese, Rt. Rev. Joseph Akinfenwa, said he was happy that the wedding ceremony attracted various politicians from different political parties to be under one roof. 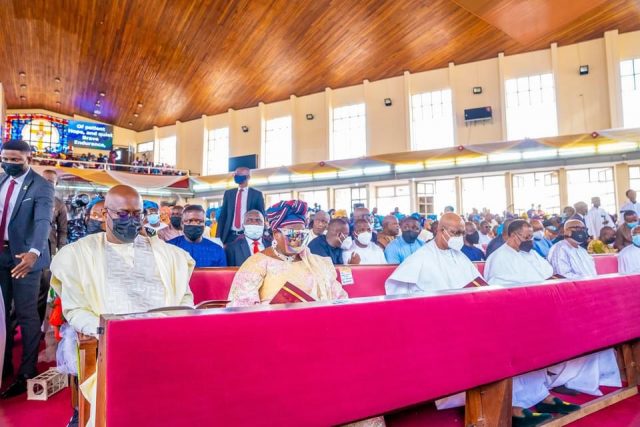 Akinfenwa said: “This signifies unity and peace. We have PDP, APC and Accord party, to mention a few, under this roof now.

“We thank God for the constant unity in Nigeria. God has done His part, the rest is in our hands to make Nigeria better.

“Politicians please help in reducing the sufferings in the land.

“The citizens are seriously suffering. The various sections that are fighting should please come to a resolution. 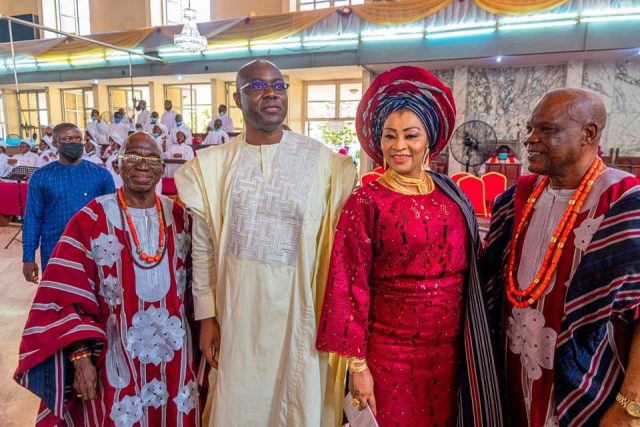 “When two elephants fight, it’s the grass that suffers. The people have suffered enough in this country.”

He, however, described marriage as a mystery that God created.

According to him, in marriage, a man and woman come together and becomes one, but in Mathematics, one plus one becomes two. 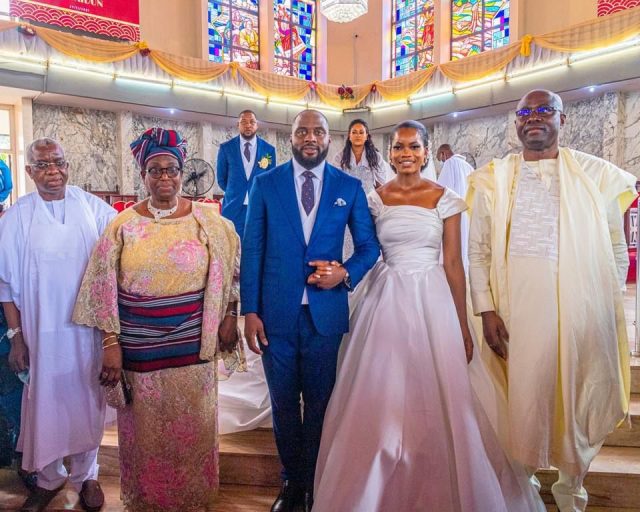 He said: “According to Christianity, we are made to believe that marriage is a union of two families.

“Both families are enjoined to mix together in love, that this the couple we have planted today.

“The newly wedded need their both families so that they could last forever in love and happiness.

“To the couple, during your counselling, you must have learnt a lot and I must emphasise that from today, you are spiritually one. You must stick to one another.

“Wife submit to your husband and that is, irrespective of age, position or status at work.

“Your husband is a public figure, therefore, he needs your constant support spiritually, physically and always ensure you are there to comfort him.

“Husband, whatever you give your wife she will multiple it for you. Always ask yourself what can I do to make my wife happy.

“I must say that in recent times, we have seen more heartbreaks in intending couples and this one we are witnessing today shows that the two are willing and determined to become one.”