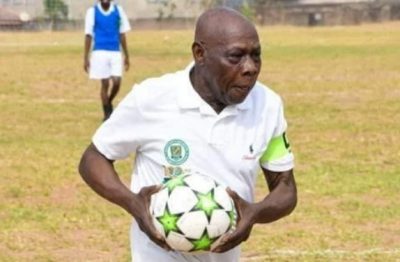 Former President Olusegun Obasanjo scored a hattrick as the alumni football team of the Baptist Boys’ High School (BBHS), Abeokuta, defeated the teachers of the school in a novelty match.

Obasanjo was the captain of the Old Boys team that won the game 3-0 on Monday.

The match, which was played at the school football ground in Saje, Abeokuta, was part of activities to mark the 100th anniversary of the school’s establishment.

According to Kehinde Akinyemi, Obasanjo’s spokesperson, his principal scored all three goals in both halves.

He added that the Old Boys also changed their jerseys in the second half.

Among other dignitaries present are Adedotun Gbadebo, the Alake of Egbaland; Hakeem Akintunde, chairman of the Sports Writers Association of Nigeria (SWAN) in Ogun among others.

TheCable had reported that Obasanjo also joined the school’s current and alumni students on an 18km walk, last week.

See more pictures from the football game below: 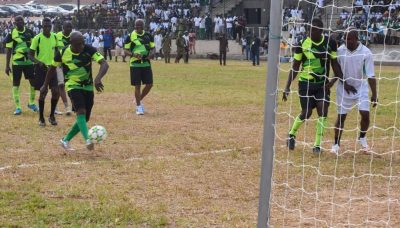 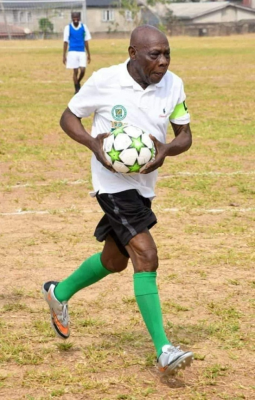 I foresee Africa coming under a mysterious attack – Primate Ayodele