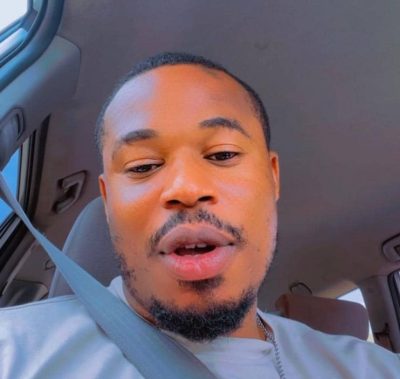 Ezennaya was said to have lured the ladies to a hotel, where he drugged them and robbed them of their belongings.

According to a statement by the police on Saturday, the officers at Surulere division arrested the suspect on Thursday in a hotel in Allen Avenue, Ikeja, where he was about to rob another lady.

One of the victims, who spoke to NAN, said she and her friends met the suspect while celebrating the birthday of one of them at a bar.

“We met him at a bar. He approached us and introduced himself as Emeka. He claimed he is just back from Switzerland and he wants to be our friend,” she said.

“Two of us gave him our phone contacts.

“On Tuesday, he called that we should hang out in a hotel and we honoured the invitation. He ushered us to the room he had already booked.

“He brought out red wine and some energy drinks from the fridge and served us and that was all we could remember.”

Another victim said when they eventually woke up after sleeping for six hours, the suspect was nowhere to be found.

“We drank the wine around 7pm and woke up at 1am, and discovered that we had been robbed of our six iPhones, wristwatches, gold chain, among other items,” she said.

“It was then it dawned on us that our drinks were spiked with drugs.

“He also withdrew the sum of N50,000 from the account of one of us with the ATM card he stole. We later learnt that he had sent our phones to Onitsha through waybill and sold them for N900,000.”

Giving an update on the incident in a statement, Benjamin Hundeyin, Lagos police spokesperson, said investigation revealed that at least 30 women had fallen victim to the suspect.

“The suspect robbed the women of their 3 iPhones 12, 2 iPhones 11 Pro Max, 1 iPhone XR, one Nokia phone, one wristwatch and one gold necklace, with a total value of N2,368,000, after he lured them to a hotel, where he laced their drinks, resulting in their falling into a deep slumber,” the statement reads.

“Preliminary investigations reveal that the suspect has no fixed address but lures women to different hotels where he drugs and robs them clean. Investigations further revealed that he has robbed over thirty women since he ventured into this crime.

“The Commissioner of Police, Lagos State Command, CP Abiodun Alabi, FDC, assures all residents of Lagos that the command will continue to work towards the decimation of crime and criminality in the Centre of Excellence.

“He equally enjoins Nigerians to be vigilant and report any suspicious happening to security agencies.”