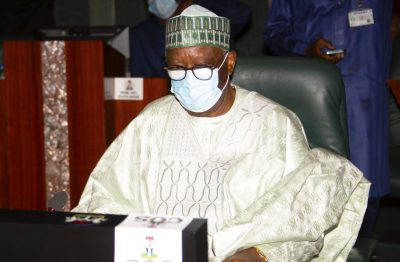 President Muhammadu Buhari congratulated the Chief of Staff to the President, Prof. Ibrahim Gambari, on his 78th birthday.

The president, in a congratulatory message issued by his spokesman, Mr Femi Adesina, on Wednesday in Abuja rejoiced with the former Minister of External Affairs.

He noted that Gambari’s congeniality, brilliance and rectitude, had continued to light his path as a scholar, publisher, international diplomat, and technocrat, with records of distinguished service in Nigeria and the United Nations (UN).

Buhari saluted the Chief of Staff for the courage, experience, and wisdom he has brought to bear on the position, and the difference made in government, after serving as the longest Nigerian Ambassador to the United Nations.

The president affirmed that Gambari’s exemplary dedication to the growth of the nation, and many sacrifices for the benefit of Nigerians, would be cherished and documented for posterity.

President Buhari prayed for the well-being of Gambari and his family.