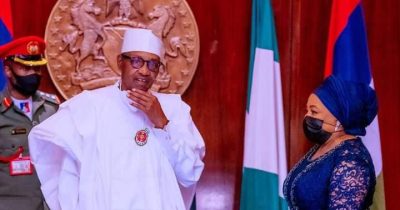 You would think for a ruling political party with 14 governors out of 36 in the country with all apparatus of government at its disposal, organizing a convention will be a slam dunk. Yet for over a year now the All Progressive Party (APC) has been in sixes and sevens over the little matter of organising itself talk more of fixing a convention.

Since its fortuitous coming to power in 2015, the APC has found it difficult getting into the necessary rhythm to press ahead of the tremendous embrace and goodwill that Nigerians bestowed on it as the alternative to the People’s Democratic Party (PDP) which we all thought and expected it to be. In 2019, it lost elections in states where it seemed like a walk in the park. Before then the various congresses conducted for members ended in chaos in many states with parallel executives emerging accompanied by a slew of litigations that remain unresolved till this moment.

Apologists of the APC will point out that contrary to the foregoing, the party has indeed been a net gainer of political heavyweights in the past year or so and this indicates that it is on the song to retain power in the next election. But this belies the reality on the ground as even with these gains, the APC as it is now seems not able to find the ability to put its act together for the 2023 election.

This fact is bearing out as the party from all indications is set to choke on its many contradictions. And this boils down to one fact; what to do (or not to do) with its leader Asiwaju Bola Tinubu and his undisguised presidential ambition for which he expects the APC to grant him the ticket for his labours. To most of the echelon of the APC, Tinubu is the elephant in the room, ugly, colossal, awkward, and filling up the available space which they simply cannot stomach. But then try as they would, they cannot deny the fact that this ungainly “elephant’ actually helped put together the political jigsaw that enabled the formation of the party and in its winning the 2015 elections. And by all acts, Tinubu has let the APC know in many ways that he will accept nothing less than its backing for him to clinch the presidential ticket for 2023 as a quid pro quo.

To all intents and purposes, there is no other personality in the APC better able to resolve this than President Muhammadu Buhari. Tinubu believes and expects Buhari who was the beneficiary of his labour in helping to set up the APC and to swing the support of the south-west to Buhari’s eventual victory in 2015 and 2019, to return the favour in 2023. But from what I found out, this may turn out to be a forlorn hope.

A top political figure who is influential in both party and government told me with an emphatic “No” that Buhari will not support Tinubu’s presidential aspirations. “Look Iliyasu,” he said for emphasis. “If Buhari was in support of Tinubu there won’t be all the uncertainty going on presently in the party. It would have been a given by now and everybody in the party would have toed the line. And we will just go to the convention with one thing in mind which is to return Tinubu as the flagbearer simple”. Within the APC, the feeling is that it would amount to an indictment on the president’s personal reputation as a squeaky clean anti-corruption crusader to support and enable the emergence of someone with an allegedly dodgy past as Tinubu to replace him as president in 2023.

Will Tinubu then be snookered in the race to 2023 by Buhari and if so who will he support? Taciturn and poker-faced as ever on such matters, we can only read from his lips and watch his body language (which is not such an easy task) where Buhari’s preference lies.

First if as seem likely that the APC has decided to zone the ticket to the south, then it stands to reason that the south-west is in a pole position. Further in the south-west, it will narrow down to Tinubu and Vice President Yemi Osinbajo. And between the two, based on both a reading of the tea leaves and objective factors, the latter will likely get Buhari’s nod albeit under the radar. The clearest indication of this was in the statement credited to Buhari wherein in reply to a question about who he will likely support, he said he won’t disclose any names because to do that would expose such a person to the danger of being physically eliminated.

To those in the know, this might be a subtle reference to what happened years ago to a well-known Lagos governorship aspirant whose life was mysteriously snuffed out as he prepared to contest the elections. Many at the time considered him the frontrunner to eventually clinch his party’s ticket and to win the Lagos gubernatorial elections. To this day that mystery remains unsolved. If one reads Buhari’s statement in between the lines on keeping sealed lips on who he intends to support, he may well be alluding to that unfortunate incident.

At this point, it is clear that Buhari is saddled with a devil’s alternative on this issue. If he supports Tinubu he loses his reputation and the regard of his vice president and many Nigerians. If he supports his vice president he risks having an unforgiving, truculent Tinubu, the elephant in the room who will likely destroy the chinaware in there.

The dilly-dallying on this will be inevitably over very soon as both Buhari and APC will have to come out to take a decision and live with the consequences.

Hanifa’s Murder: How Students Are Avoiding Teachers In Kano Schools