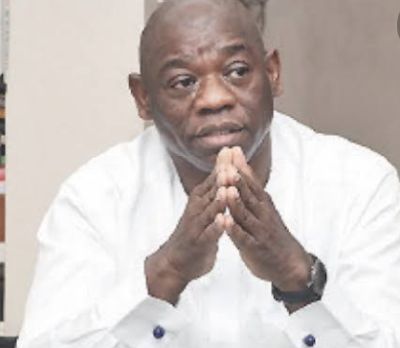 Joined as 3rd Defendant in the suit is the Independent National Electoral Commission (INEC).

The Plaintiff is challenging the nomination of Kola Abiola as the presidential candidate of the PRP.

Kola, son of late MKO Abiola this medium reported was declared as the party Presidential candidate of the party ahead of the 2023 presidential elections.

The presiding Judge, Hon. Justice Ahmed Mohammed was said to be away on official duties.

The Plaintiff is equally praying the court to restrain Kola Abiola from parading himself as the party’s presidential candidate in the forthcoming election on the grounds that the conduct of the purported June 5, 2022 presidential primary election of the PRP, which produced him, was fraught with irregularities.

Ndidi said the subsequent declaration and nomination of Kola Abiola to INEC as the party’s presidential candidate was done in clear breach of sections 84 (5) (a) (i) and (ii) of the Electoral Act, 2022 (as amended), Independent National Electoral Commission (INEC) Guidelines for the conduct of party primaries, People’s Redemption Party Constitution, Guidelines and other extant laws.

The People’s Redemption Party who is the 1st Defendant was represented in court by its National Legal Adviser while Kola Abiola and the Independent National Electoral Commission (INEC) who are the 2nd and 3rd Defendants respectively were both absent.

Meanwhile, the matter has been adjourned to the 16th of August, 2022 for mention.

Hope for Griner as Russia signals readiness to swap prisoners with U.S.