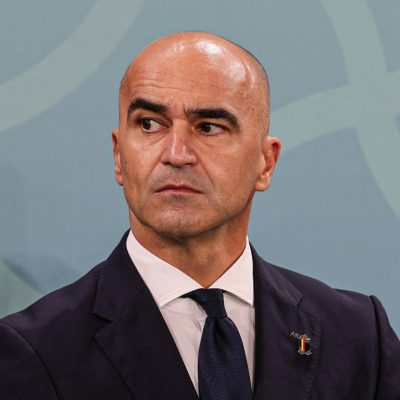 Roberto Martinez confirmed he has taken charge of Belgium for the final time following their World Cup exit, but he does not believe this is the end for the country’s ‘golden generation’.

Belgium finished third in Group F after toiling to a 0-0 draw with second-placed Croatia at Ahmad bin Ali Stadium on Thursday, ensuring they failed to qualify from a World Cup group for the first time since 1998.

Martinez – who led Belgium to their best World Cup finish when they claimed bronze in Russia four years ago – was under contract until the end of the tournament, and has revealed he planned to walk away however the Red Devils fared.

“That was my last game for the national team and it was emotional. I can’t carry on, sorry,” a visibly moved Martinez said at his post-match press conference.

“This was the end, whether we won or went out in the group. It has nothing to do with being eliminated at this stage.

“I’m someone who likes to build things. For six years, I’ve been here with the objective to reach the World Cup and win it. We won the bronze medal in 2018 and gave it another go. It’s been a real joy.

“We’ve built a legacy. I know people will see it a different way, but I’m so proud. Looking at the dressing room now, we have youngsters who can now be starters.

“It’s been six amazing years that we’ve been able to do everything you want to do with a club at a national team.

“I’ve loved the way this team has played and given everyone incredible joy. The fans in Belgium have appreciated this. It’s now time for me to accept this is the last game.

“I’ve always wanted to be loyal and finish the job. I’m not resigning, it’s the end of my contract. This was always the plan.”

Much of the discussion surrounding Belgium’s underwhelming campaign in Qatar has focused on the aging of a so-called ‘golden generation’ of players, with Kevin De Bruyne stating the Red Devils’ squad was “too old” to win the World Cup before the tournament began.

However, Martinez does not believe Belgium’s best days are behind them, highlighting the way his team’s achievements could inspire the country’s next generation.

“You see players like Youri Tielemans, players like Amadou Onana and Jeremy Doku,” Martinez told BBC Sport. “The golden generation is doing something that is bringing the next generation on.

“It’s not necessarily what names are on the pitch, the legacy can be left in many ways.

“In the previous one [in 2018], we won all three group games and it wasn’t in enough go all the way. For me, it’s the same feeling. Today, it was a way of losing that you can accept.”

In a statement issued by the Belgian Football Association, CEO Peter Bossaert hailed Martinez for creating an “immense legacy” for future generations in the national side.

“With his team Roberto left an immense legacy for the next Belgian football generations,” he said.

“Not only by introducing a modern structure on analysis, education and scouting but also by initiating the preparation for the next step in the careers of the players aiming to become a coach. But also his contribution to the expansion of the brand-new and state-of-the-art Football center in Tubize was huge.

“Last but not least we thank him for the familiar atmosphere he brought into our house and for being a great ambassador for Belgian football. The full staff of the RBFA will miss him a lot. We wish Roberto Martínez the best of luck for the future.”