RUEBEN ABATI: An Example Of The Many Fails A Journalist Should Avoid 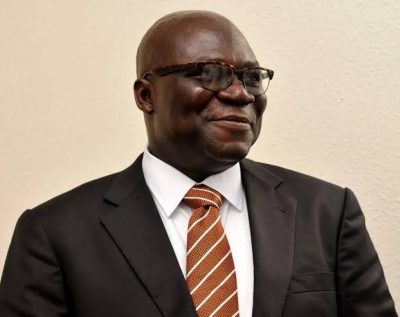 On the 18th of May 2022, a visibly enraged Rueben Abati was seen shouting down at Chief Victor Oye the APGA National Chairman who was a guest on an Arise TV Program which Abati anchored.

On that said program, Abati lost all sense of decorum. with his eyes bulging out of their sockets and face squeezed in unpleasant formations, he made a perfect demonstration of a devil figure to kids in nursery school.

This was not the first time he was losing his cool on TV. In fact, some 2 months earlier, he had referred to his colleague as “mannerless” for calling him by his first name.

It was on the 5th of March 2022 during the Arise TV’s The Morning Show on Friday, when an Arise TV correspondent from Abuja, addressed Mr. Abati by his first name while she was giving her report on the situation of Nigerians trapped in Ukraine.
Abati who could not hide his displeasure, asked the young reporter if she was present at his naming ceremony given the way she called him by his name.
He stated that she must really like his name and he promised to tell her how long he has been in the profession and went on to call the reporter ‘mannerless’.

Abati behaves like a typical egocentric small village chief sitting on a throne of clay whose only job is to sit every morning, shouting at people who fails to greet him so he can use the opportunity to remind them of how long he has been a chief and how old he is.
Now for a second, imagine if you unconsciously give “chief” something with your “left hand”? Haaa… my hand no dey sha.

Abati’s time on Arise TV has shown clearly that the screens isn’t for him. He lacks the required temperament. He should rather stick to his Tuesday columns or continue with his administrative lead role; I’m sure he would find a lot of subordinates to carry out his “local chief” duties on.

In his recent pitiful outing earlier today particularly his outburst on Governor Wike, Rueben Abati tactically reminded us of his degree in theatre arts as his demeanor was a fine blend of Patrick Obahiagbon and Portable (the musician). While his dramatized use and pronunciation of ‘vocabs’ came with the body movements and bulging eyes just like Hon Patrick, he displayed the uncouthness of Potable

While Rueben Abati’s action might be a sensation to some people at some point, the actual truth is that he is losing it on the TV screen and now is the best time for all those who truly love Abati to ask him to reconsider his present career path or better still, seek help. He won’t be the first to follow that route. There’s nothing to be ashamed of.