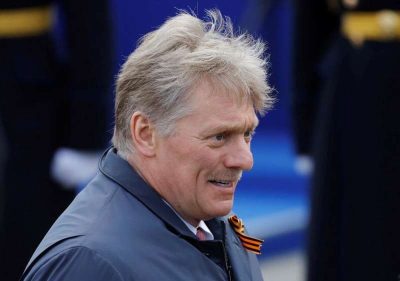 The Kremlin said on Wednesday Ukraine was showing no willingness to continue peace talks, but officials in Kyiv blamed Russia for the lack of progress Russia.

The last known face-to-face peace negotiations were on March 29. Officials said contacts had continued remotely but both sides said on Tuesday that the talks had stagnated.

“Negotiations are not progressing and we note the complete unwillingness of Ukrainian negotiators to continue this process”, Kremlin spokesman Dmitry Peskov said on Wednesday.

Interfax news agency quoted Russian Deputy Foreign Minister Andrey Rudenko as saying on Tuesday that Russia and Ukraine were not holding talks “in any form”, and that Kyiv had “practically withdrawn from the negotiation process”.

“Putin is not ready to hold talks,” he said on the Telegram messaging app. “The only chance(for peace) is the destruction of the Russian occupiers. As for when they will be ready to accept defeat, I think it’s a matter of months.”

Ukrainian President Volodymyr Zelenskiy reiterated an offer to hold direct talks with Putin last week but Mykhailo Podolyak, an adviser to the Ukrainian leader, said on Tuesday that talks were “on hold”.

Putin says Russian forces are on a special operation to demilitarise and “denazify” Ukraine. The West and Kyiv call that a false pretext to invade Ukraine on Feb. 24.