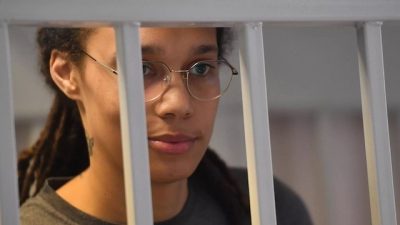 WNBA star Brittney Griner has been released from a Russian prison in a US-Russia prisoner swap.

Griner’s release was confirmed by President Joe Biden in a tweet Thursday.

“Moments ago I spoke to Brittney Griner”, Biden said.

In exchange for her release, the U.S. government will reportedly send convicted international arms dealer Viktor Bout back to Russia, according to CBS News.

Bout, nicknamed the “Merchant of Death,” was sentenced to 25 years in prison after being convicted of, among other things, conspiracy to kill Americans.

Retired U.S. Marine Paul Whelan, who is also currently imprisoned in Russia for the past four years on espionage charges, is reportedly not part of the prisoner swap.

This news comes months after back-and-forth negotiations between the U.S. and Russia following Griner’s arrest in February after officials found hash oil in her luggage.

She pleaded and was found guilty of drug smuggling charges and was originally sentenced to nine years. Griner was sent to a penal colony in November, but now, she will return home in time for Christmas.

Manchester United footballer Mason Greenwood has charges against him dropped