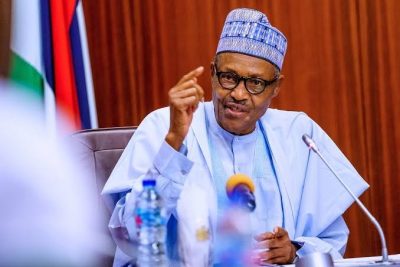 The Presidency has declared secession agitators cannot intimidate or bully President Muhamadu Buhari to dance to their tunes.

It also foreclosed likely convocation of another National Conference to discuss differences among the Federating Units.

The Senior Special Assistant, Media and Publicity to the President, Malam Garba Shehu, stated these at the maiden edition of media interactive session of the All Progressives Congress (APC) Professional Forum.

Shehu, who said the Federal Government has been committed to unity, declared Buhari won’t open the vaults for agitators to placate them.

The presidential spokesman was reacting to allegation the Presidency has been quiet on agitators calling for secession.

According to him: “Look, one thing with this President is that you can’t intimidate Buhari. You can’t bully him. A lot of these people who are calling for secessions are the problem of this country and I’m happy that reasonable voices are now rising.

“Is it not only yesterday we are reading Afenifere, the most credible faction of Afenifere saying we’re not for secession. The Ohanaze Ndigbo said this over and over again.

“So this thing about secession is they had used it in the past. You create secession and break up Nigeria and then you intimidate the sitting leader and then he opens the booth and he brings money to settle people.

“President Buhari will pay no one. He is not going to pay and now it is clear that having ignored all of that, reasonable opinions are coming from those states and from those regions. The Governors in the South-west, we have all heard them, they have denounced all of these things.

“So it’s a sham, Nigerians want to be one, they want to continue. Yes, there are problems and we are hoping that as people united and loving of one another, we will come together and solve our problems.”

“Anyone who is a democrat in heart, in practice and in their belief they should believe in the tripartite structure of government. Governments that are democratic, there must be a parliament, the executive arm of the government and the judiciary, each one being independent and cooperating with each other.

“We have an elected parliament, which mandate is to be the custodian of the sovereignty of the Nigerian people.

“Look, a lot of these people were crying for this secession, they are unelectable. If you think you are electable go and contest for a parliamentary seat whether House of Representatives or Senate and come and table an amendment for the constitution.

“The process is ongoing as we speak now under the Deputy Senate President. They are calling for Memoranda, why can’t you present what you want?

“So the issue is that people who are not democrats want a parallel parliament to be set up and this Constitution does not recognize two parliaments in this country.

“We have one parliament that is sovereign. That is the custodian of the sovereignty of the Nigerian people. If your member representing you has failed to present this request that you want whether it is change of structure at state, local government or national level pull him out four years after, don’t vote for him. Put another representative who will do what you want. This is how democracy works, periodic elections.”