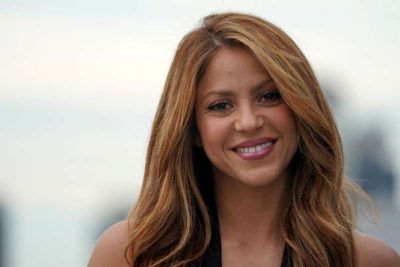 Just a few weeks have passed since Shakira ended her romance with Gerard Piqué, and although if the Barcelona player’s life seems to be getting more complicated by the day, the Colombian singer is clear on what is most important to her.

After a touching photo of her two sons, Sasha and Milan, united in a passionate embrace, which she posted to social media.

Shakira shared a snapshot of herself embracing Sasha and Milan while stooping down to do so on social media. The two appeared quite vulnerable in the picture.

Following Shakira’s sweet and loving embrace, fans have showered her Instagram account with thousands of hearts and supportive comments.

The touching image makes it abundantly evident that Shakira prioritises her children and that she is gradually coming to terms with the emotional rift with Sasha and Milan’s father with each passing day.

However, Gerard Piqué made the decision to continue his career at FC Barcelona. As a result, and as per a recent agreement between both parents, Sasha and Milan Piqué will spend the remainder of August in Spain with their father.

The Colombian singer will be in Miami, where she has a house she purchased when she was in a romance with Antonio de la Rua, while her kids spend the summer with their father. Shakira was seen vacationing in Los Cabos, Mexico, as well.

2023: Real reason for “romance” between Tinubu’s men and Wike