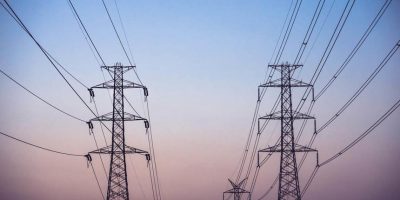 The much-awaited actual take-off of the Siemens power deal is expected to experience a major leap in September, when electricity equipment like transformers and mobile power substations begin to arrive from Germany, FGN Power Company, a Special Purpose Vehicle (SPV) set up for the purpose, has revealed.

Speaking yesterday in Abuja at the close-out of pre-engineering of distribution systems for the project, Managing Director, FGN Power, Kenny Anuwe, stated that by the time the power equipment are installed, there would be major improvement in the supply of electricity in the country.

According to Anuwe, the Presidential Power Initiative (PPI) in Phase 1 seeks to modernise, rehabilitate and expand the national grid by investing in the electricity value chain, including generation, transmission, and distribution systems of the power sector.

He noted that Siemens was taking part in the project with world-class experience in power system reforms like they did recently in Egypt, adding that its activities would create rapid transformation in the on-grid electricity value chain.

In addition, he noted that the project would spur economic growth, create jobs and opportunities for Nigerian youths and enterprises, drive local content development through training opportunities and enhance capacity building in the sector.

The federal government, he said, was prepared to solve problems of epileptic power supply in Nigeria once and for all, reason it launched the PPI to support the Nigerian Electricity Supply Industry (NESI) towards achieving commercial autonomy by facilitating investments in critical infrastructure for power delivery.

Recalling that President Muhammadu Buhari set up the initiative back in 2019, he emphasised that some progress had been made with the recent visit of the Minister of Power, Abubakar Aliyu, to Germany to get approval for the mobile substations and transformers, which were approved back in December 2021.

“We will start to see the implementation of the transformers and substations which have been purchased across the country starting from September, right through to December. We have some significant amount of equipment which will start to come in.

“Part of the minister’s objective in visiting Germany only a month ago, if you recall, was to engage the principals at Siemens on the president’s agenda for the PPI to ensure that we were able to deliver on the objectives

“I am happy to report that this has borne some fruits and we will start to see the delivery of equipment starting off in September this year,” he stated.

According to him, yesterday’s programme was meant to provide the “codes”, the standards and the essential technological aspects of the project that the Distribution Companies (Discos) as well as other partners will abide by in the process.

“Essentially, this provides the minimum standards and requirements that they must utilise in implementing the project.

“Siemens equipment must comply with the local laws and regulations. And these are the things that we have put together to ensure that the Discos are all aligned with the FGN company power company and Siemens to implement the presidential initiative,” he said.

In his remarks, the Minister of Power, Aliyu, represented by the Permanent Secretary in the ministry, Mr. Nebolisa Anako, stated that the close-out event signified a milestone for the stakeholders in the sector.

“The objective of the PPI is to improve the end-to-end operational grid of the power supply in Nigeria to 25,000 MW, but the purpose in the next 18 months is to deliver additional 2,000 mw.

“This administration is prepared to solve the problem of epileptic power supply in the country once and for all and it’s the reason the FG launched this important programme.

“This initiative will create rapid transformation in the electricity value chain, spur economic growth and create jobs and opportunities for the Nigerian youths and enterprises,” he stated.

While Siemens would remain in charge of design and manufacturing of equipment, including control panels, mobile substations, he stated that the contractors will be in charge of logistics, transportation, storage as well as procurement and dismantling of substations for upgrades.

He added that while transformers in Nigeria are bought with the capacity to withstand about five Degrees Celsius, the new transformers could stay for 30-40 years because the transformers are now attuned to the Nigerian weather.

While attributing the delay in the project to the Covid-19 pandemic, he assured that with the expected supply of the mobile substations, as early as September, the work that has been done will begin to reflect nationwide.

“In six months’ time from now, we will be having the first tranche of supplies of mobile substations and transformers delivered on the shores of this country and that will be very, very helpful to the power grid,” he stated.

He described the insinuation that there was any disagreement between the federal government and the German company as to the local content part of the project, insisting that the information was not correct.

“By means of mere coordination of what is going on in the power sector right now, we can even achieve the 2,000MW without a drop of power sector investment, but by September when all these equipment start to arrive, and we start to put them in the right places on the network, Nigeria’s will start to feel the impact in terms of power supply delivery,” he explained.

In his remarks, a representative of the Discos, Adetunji Adeyeye, said the power distributors were committed to the supply of efficient, affordable power,  saying the interest of the Discos was fully aligned with federal government’s. (Thisday)