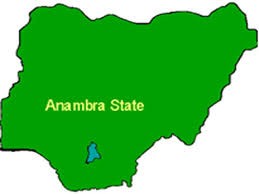 A coalition of Civil Society Organisations in the South-East, on Sunday, warned the Indigenous People of Biafra of the grievous implication of trying to truncate the Anambra State governorship election with its sit-at-home.

It explained that if election did not hold as scheduled, it would translate to a total breakdown of law and order, and would therefore result in the declaration of a state of emergency.

The CSOs stated this in Enugu during a press conference on Anambra governorship poll, agitation for self-determination and insecurity.

IPOB had declared November 5 to 10 as days for sit-at-home in the South-East to put pressure on the Federal Government to release its leader, Nnamdi Kanu, from detention.

Governorship election is scheduled to hold in Anambra State on November 6.

Addressing journalists, the leader of the coalition and Board Chair, International Society for Civil Liberties and Rule of Law, Emeka Umeagbalasi, warned, “If we fail in the Anambra election, it is going to be a nomadic rainforest state.”

Umeagbalasi, flanked by leaders of the coalition, appealed to the leaders of IPOB and other pro-Biafra agitators to rescind the sit-at-home order so that they would not create a repeat of what happened in Imo State.

He stated, “If election does not hold on November 6, 2021, it means you have created a state of anarchy and a total breakdown of law and order in Anambra State. What this means is that the President of the Federal Republic of Nigeria cannot keep quiet and allow a part of the country to degenerate to anarchy. The only safest thing he can do is to declare a state of emergency in that state.

“I’m sure this is not what the people of Anambra State want at this point in time.

“With the planned sit-at-home home, we will be preparing the ground for what happened in Imo State to befall Anambra.”

Also, a socio-political group, Igbos for Progressive Nigeria, has asked IPOB to rescind its planned one-week sit-at-home, describing it as senseless.

The IPAN President, Lawrence Onuzulike, stated this at a press conference in Awka, the Anambra State capital, on Sunday.

Onuzuluike wondered how a group that had claimed to be marginalised would, on its own volition, deny the people it claimed to be representing a basic right as election.

He said, “Our major concern in IPAN is for the Federal Government to accord Kanu the desired dignity as he is being tried. I was in Abuja during the last court session; I was very close to Nnamdi that day that if I had wanted to take pictures with him, I would have done so.

“I came in from abroad partly because of that case. From what I saw, the Federal Government is not handling him badly. He looked healthy and refreshed than even when he was free. The security personnel at the court allowed him to fraternise and take pictures with his family members and friends.”

“Part of IPAN’s strategy is to reawaken the Igbo to take wise and strategic political decisions that will entrench the Igbo race firmly in the Nigerian political fabric.

“The forthcoming Anambra governorship election slated for November 6, 2021 provides an auspicious opportunity for the Igbo to make a bold statement.

“If Ndigbo desire to get more out of Nigeria and produce a president of Igbo extraction, we must show that we believe in the unity of this country and can be trusted with power to transform this nation and heal the land.”( Punch)