Some prophets see nothing – Femi Adesina 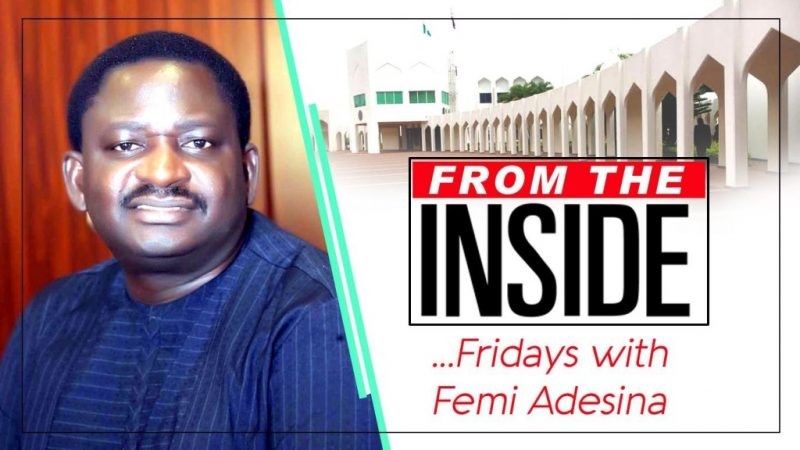 Chidinma: Give Nigerian Police a break!

The three enemies of Nigeria

Jul 18, 2021
There he goes again. Troublemaker. He wants to abuse our prophets, the vessels of God Almighty.

Not so. Let me state from the beginning that I believe in prophecies and prophets. Good, sincere, genuine ones.

“Believe in the Lord your God, so shall you be established. Believe His prophets, so shall you prosper,” says the Good Book in 2 Chronicles 20:20.

But when prophets play to the gallery, claim God has said, when God has said nothing, then they expose themselves to ridicule. From such, run away. Show clean pairs of heels.

On Sunday, July 11, the final match of Euro 2020 was played between England and Italy at Wembley Stadium in London. The English team had a lot to play for. Since they last won the World Cup in 1966, also on home soil, they had won nothing again. Not even a 5-a-Side Felele competition.

Getting to the final of Euro 2020 was thus a big deal. Football was coming home, lovers of English soccer, home of the beautiful game, kept chanting. For those who supported Italy, they chanted that football was going Rome. Who would carry the day? Home or Rome?

There is this video that has been making the rounds on social media. Whether genuine or apocryphal, I do not know. But we see a Pastor (or is it Prophet) declaring magisterially on the pulpit that England was going to win the trophy that night. To the applause of his fawning congregation, he repeated the so-called prophecy many times. Lori iro.

Sunday evening came, England scored in the very second minute of the game. They were looking good for the first major soccer diadem since 1966. Till about the 67th minute, when Italy drew blood. Heartbreak.

The match ended a goal apiece in regulation time. An extra 30 minutes produced no further goals. Penalty shootout ensued. Italy scored three of its five kicks, England could tuck in only two. Sadly, the three spot kicks were missed by Black English footballers, who had done so much for the team. Miserable. Dolorous.

Where did it leave our prophet? Blind as a bat. Why did he speak supposedly in the name of the Lord, when he saw nothing, and heard nothing? He just exposed an elevated calling to odium and opprobrium.

The Good Book tells us about the five-fold ministries. Apostles, prophets, evangelists, pastors, and teachers. Prophets rank high in the hierarchy. They hear from God, and tell the people. And when it is from God, He watches over His own word to perform it. Only He can change it, no man.

Also last Sunday, a newspaper published on the front page a so-called prophecy that Nigeria would disintegrate, and there’s nothing anybody could do about it. The foretelling was credited to Primate Elijah Ayodele of INRI Evangelical Spiritual Church, in Lagos.

The Prophet gave the date and time of Nigeria’s unraveling as between 2035 and 2040. A person who wants to give you a fib would say his witness is in Heaven. How many people living now would still be alive in 2035 or 2040? Are we even sure of tomorrow, next week, next month, or next year, except by the mercies of God?

And then, why is it always negative, negative, negative prophecies all the time? We are admonished not to despise prophesying (1 Thessalonians 5:20) but then, “by a prophet the Lord brought Israel out of Egypt, and by a prophet, he was preserved.” (Hosea 12:13). Prophecies are for our comfort, edification, preservation, not something to frighten the living daylights out of us, and have us on tenterhooks all the days of our life. When you see someone indulging in negatives, run far. To thy tents oh Israel.

I know Primate Ayodele. I have been a special guest in his church when I was Managing Director/Editor-in-Chief of The Sun Newspapers. He does great things in terms of welfare for his flock. He empowers them with cash and materials they can use to set up themselves gainfully. I was impressed with that. But the prophetic aspect?
Let’s look at all these facts: in the build-up to the 2015 presidential elections, Primate Ayodele said Goodluck Jonathan would win. The man lost. He said the People’s Democratic Party (PDP) would take Kaduna by a narrow margin. Nasir el-Rufai of the All Progressives Congress (APC) won. Again, he said Yobe, Gombe, Benue, Delta, and the Akwa Ibom States would be won by PDP. The APC won three of those States. Who hit the crossbar? You know the answer.

PDP will shock APC in Lagos. It didn’t happen. Boko Haram would bomb South West. Mercifully, it didn’t happen. APC would break, Buhari won’t do the second term. You know the truth. And in 2017, when the President was on medical vacation abroad for many months, he said the seat was vacant, and the man would never return. You now know who didn’t speak the truth, who didn’t hear from God.

The Book, that Good Book, tells us how we know a false prophet from a genuine one. The false says something, and it does not come to pass. And he continues to strut and fret his hour upon the stage and then is heard no more. His tales are full of sound and fury, signifying nothing.

Prophet Jonah was told to speak against Nineveh, that the city would be sacked, overthrown, because of their evil acts. Jonah fled to Tarshish instead, because he didn’t want to deliver a doomsday message. He ended in the belly of a whale, which vomited him at the shores of Nineveh. He made his pronouncements, and the people took warning. They repented in ashes and sackcloth, and God had mercy. He spared the city.

What did Jonah do next? He asked God to kill him, because he knew the gravity of failed prophecies. But our modern day prophets? They hit the crossbar severally, yet no compunction. No remorse. And worse still, some people continue to believe them.

Nigeria will survive, as long as people continue to call on the living God. Nineveh prayed, and God changed His mind about destroying the city. President Buhari has said those of them who were on the frontlines for 30 months during the Civil War would never fold their hands, and see Nigeria break. Rather than allow it, they would speak to the troublemakers “in the language they understand.” Former President Olusegun Obasanjo also says those advocating the country’s break-up are “idiotic.” Yes, we will always have people like Buhari and Obasanjo around. Nigeria will survive.

What am I saying? Don’t nations break? Where is the old Soviet Union, Yugoslavia, Czechoslovakia, and many others? Yes, those countries broke into splinters, but as for Nigeria, it would survive. Beyond 2035 and 2040, whether we are still here or not. And as long as patriots continue to lead the country.

But for Primate Ayodele, let him focus on touching lives through preaching the gospel, and empowering of many people. It has great gains now and in eternity.

Lagos about to be overrun by beggars

If Nigeria finally breaks up…

Partitioning Nigeria ahead of 2023

What would life be as a minority in Kanu’s Biafra?

Which NDDC board is to be reconstituted?

Igboho, Kanu: Who is naive now?

Where did this Zulum emerge from?