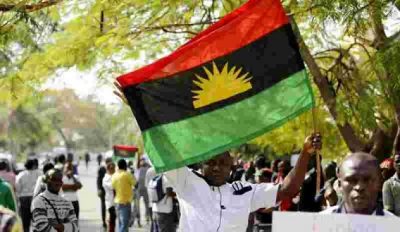 A group, Igbo for Progressive Nigeria (IPAN), has described as unnecessary, threats by Indigenous People of Biafra (IPOB) to shut down Southeast from November 5, to prevail on the Federal Government to release its detained leader, Nnamdi Kanu.

IPAN President Lawrence Onuzulike, speaking yesterday in Awka at a news briefing, said Kanu’s trial had been satisfactory, urging the group to allow a smooth conclusion of the matter.

IPOB had declared November 5 to 10 as sit-at-home days in the Southeast, which coincided with the governorship election in Anambra State.

Onuzuluike said it was mindboggling for a group that alleged marginalisation to deny itself basic right of an election.

He advised IPOB to listen to the voice of reason and not insist on its opinion.

Said he: “We’re satisfied with Kanu’s trial so far. This why there’s no outcry. I was in Abuja to witness first- hand the trial. Kanu looks well fed, clean and healthy.

“I was happy with what I saw. He was allowed to mingle with his family and take pictures with them. I think so far they’re giving him fair trial. We were the first to issue a statement immediately he was arrested.”