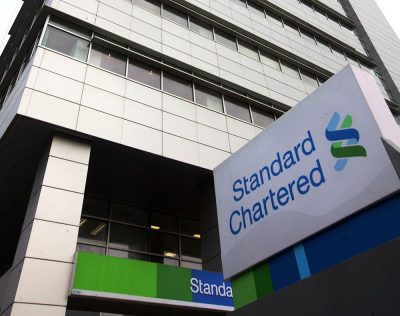 Ahead Of APC, PDP Primaries: Naira Crashes Further As…

In a move to expand its digital presence in the face of technology-driven banking options, Standard Chartered Bank announced the closure of 50 per cent of its branches in Nigeria. NCHETACHI CHUKWUAJAH, in this report, examines what this portends for the Nigerian banking space.

STANDARD Chartered Bank had on Monday, January 10, announced that it was closing half of its branches in Nigeria in a bid to expand its digital banking option, as banks face pressure from mobile money or agency banking providers.

The bank is strengthening mobile banking and recruiting agents to reach new customers and handle cash deposits and withdrawals across Nigeria.

According to Bloomberg, the London-listed lender’s local unit already started to shut some offices in December and would eventually operate only 13 branches down from about 25 previously.

Though the move is a good one in view of the gains of digital and technology-driven options of doing things, there are a few losses and lessons that will follow.

According to the National Bureau of Statistics (NBS) unemployment and underemployment report for the fourth quarter of 2020, the unemployment rate rose to 33.3 per cent from the 27.1 per cent recorded in the second quarter of 2020. This means that 23.3 million — about a third of the almost 70 million people in Nigeria who should be working — are out of jobs.

With the plan to close up half of its branches in Nigeria, Standard Chartered Bank will be increasing the number of Nigerians on the unemployment list although the management of the bank said the branch closure would not impact any staff in 2022.

As is already known, increasing rates of unemployment for an economy like Nigeria’s is quite dicey as it poses challenges.

Aside from the increasing crime rate, the increasing unemployment rate in Nigeria will exacerbate the poverty level in the country, in conformity with the projection by World Data Lab that by 2030, 120 million Nigerians are expected to slip into extreme poverty.

As more banks go digital, there would be less need for physical officers. This will definitely affect the value of real estate in the near future. The development will similarly impair the value of office furniture and fittings as the need for and demand for them will decline.

Lesson: The need for the labour force to upskill

With Standard Chartered, the latest financial organisation to move to reduce its branch capacity, it is believed that many more organisations will follow suit in the face of inevitable digitalisation.

This points to the possibility that erstwhile bank workers may find it difficult to get employed by a bank again if every bank is looking to downsize, not populate.

In this time of robotics and artificial intelligence, only employees who have embraced the technology that accompanies their job would withstand the wave of retrenchment in the workplace.

It is therefore logical that employable Nigerians look to arm themselves with digital skills that give them sustained relevance in the present era of digitalisation.

What does this say about the future of banking in Nigeria?

In recent times, many Nigerian banks have adopted the mobile money option of banking. One of the first to break into the mobile banking scene was First Bank with its FirstMonie agents followed by Access Bank with Access Closa. As of 2020, both banks had recruited about 100,000 and 59,000 agents, respectively, across the country with plans of doubling the figure.

The need for agency banking was further heightened by the outbreak of the coronavirus pandemic in 2020 and its associated safety protocols which required social distancing. With a nationwide lockdown in Nigeria, banks encouraged their staff to work from home while customers relied on digital platforms or agent bankers for their transactions.

Findings by Nigerian Tribune revealed that not only do banks have mobile money agents stationed all over the country, they also issue and sell Point of Sale (PoS). Hence, their platforms continue to generate traffic, with regular commissions, without having to give documents to customers to fill or sanction a number of workers to achieve productivity.

This suggests that the future of banking in Nigeria is increasingly becoming digital, decentralised and inclusive. Banks appear to be gradually moving from the four walls of a mighty building to kiosks, umbrellas and mobile devices.

This is further made possible by the boom of financial technology (FinTech) startups such as OPay, Paga, TeamApt, etc., that offer financial services on-the-go.

Speaking in an interview on the growth of mobile money agency banking, fintech founder, Yinka Adewale, disclosed that agency banking was bound to be the new norm given Nigeria’s population and the expensive cost of the traditional banking system.

“I always say traditional banks are always going to be relevant but they can’t cater to all Nigerians. Over 60 million Nigerians need financial inclusion because they don’t have access to financial services. There can’t be banks in every city because building banks all over would cost billions.

Does it raise hope for financial inclusion for the unbanked?

The move by Standard Chartered raises questions about financial inclusion for the millions of unbanked Nigerians residing in rural areas without access to smartphones or other kinds of technology.

In a bid to close up the gap and deepen financial inclusion in the country, the Central Bank of Nigeria (CBN), in November 2021, gave approval in principle to Nigeria’s mobile communication giants, MTN and Airtel to operate payment service banks (PSB) through their respective subsidiaries, Momo and Smartcash.

The move is commendable considering that more Nigerians have access to mobile phone lines than smartphones, the internet and technology.

The scope of operation for the PSBs include accepting deposits from individuals and small businesses, offering payment and remittance services, issuing debit and prepaid cards, operating electronic purses, among others as specified by the CBN.

In a statement announcing the approval of the CBN for the operation of PSBs, the Chief Executive Officer, Airtel Africa, Segun Ogunsanya, said, “We will now work closely with the Central Bank of Nigeria to meet all its conditions to receive the operating license and commence operation. The final operating license will enable us to reach the millions of Nigerians that do not have access to traditional financial services.”

Expectations are high that the move by Standard Chartered Bank would help in increasing the number of Nigerians who have access to financial services like deposits, remittances, withdrawals, etc, especially small businesses, low-income households, and the elderly, with little or no stress.  (Nigerian Tribune)