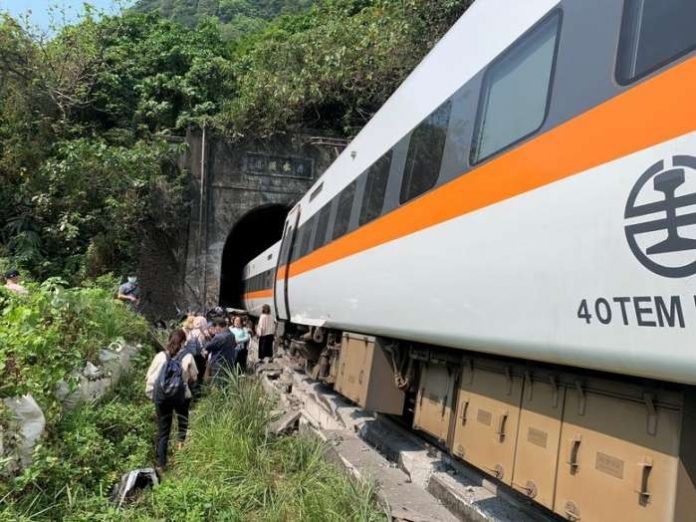 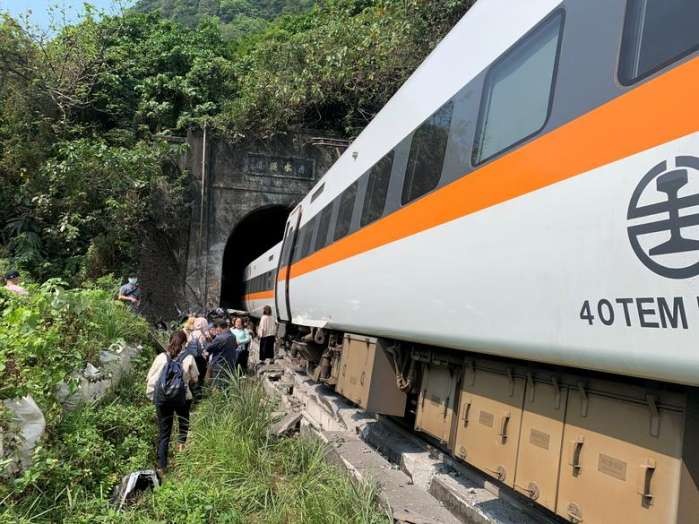 Taiwan on Sunday continued to identify victims and remove damaged carriages from a tunnel after a fatal derailment on Friday claimed at least 51 lives and left 200 people injured, according to the Central Emergency Operation Center (CEOC).

The derailment in Hualien County, in eastern Taiwan, involved a maintenance truck which slid from a slope near a construction site above the tracks, according to the Taiwan Railways Administration.

The front of an eight-carriage train with nearly 500 people on board travelling from Taipei to eastern Taitung County hit the vehicle shortly before entering a tunnel.

On Saturday, a construction site manager believed to have failed to engage the vehicle’s brake properly was released by a district court on bail of 500,000 Taiwan dollars (17,516 U.S. dollars) and is not allowed to leave the country.

Due to a protest by prosecutors, the high court ruled on Sunday that the district court has to review the decision.

The Emergency Operation Center on Sunday revised the number of passengers on board from 492 to 494.

Four crew members included the deceased driver and his assistant.

The CEOC said on Sunday that 48 victims had been identified and DNA profiling had been adopted to speed up the identification.

“Currently, 45 of the injured continue to receive treatment in hospital, including three under intensive care,” Deputy Minister of Transportation and Communications Wang Kwo-tsai said.

Injured foreigners include two Japanese, a Chinese, and an Australian, according to the Emergency Operation Center.