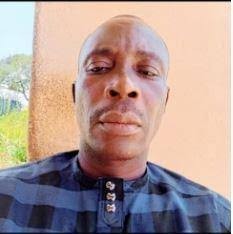 The Divisional Police Officer in charge of Nasarawa Eggon Local Government of Nasarawa State, CSP Haruna Abdulmalik have been reportedly kidnapped and taken to unknown destination in the state..

The DPO was said to be on patrol off Nasarawa Eggon – Akwanga Road on Thursday night when he encountered the gunmen around Bakyano.

Scanty information available to journalists at the time of filling this report had it that the DPO has been taken away to unknown destination.

The kidnappers were said to have contacted his family, demanding N5m ransom.

Confirming the report, Deputy Chairman of the Local government area , Eng. Benjamin Kuze  said  the CSP was kidnapped at about 9pm in the area   in Bakono road, adding that efforts to reach the DPO has not yielded  positive result since the incident took place.

All effort to get the confirmation of the police Command in the state has not been successful.