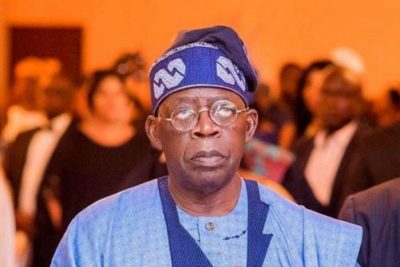 The National Leader of the All Progressives Congress (APC), Senator Bola Tinubu, has urged those who are distributing bags of rice and other things to people in his name to make sure that they got the items from trusted and reliable suppliers.

In a statement issued yesterday by his Media Office, Tinubu urged the distributors of the gift items not allow hate-filled people to turn their efforts against them.

The Media Office recalled that on April 15, it had issued a statement concerning rice distribution in parts of the North.

The statement noted that the bags of rice being handed out bear Tinubu’s picture on them.

“As we conveyed in that earlier statement, Asiwaju Tinubu has never been one to take personal credit for the humanitarian work of others. Nor will he do so in this instance. These good efforts are the labour of compassion by others. However, Asiwaju is gratified that those who support him also have this abiding concern for the welfare of those in need,” the statement explained.

“That this exercise of compassion and help is occurring during the Holy month of Ramadan makes it that much more gratifying. Thus, he commends the efforts of the various volunteer groups responsible for this benign act of charity and love for one another.

“While lauding the efforts of these volunteer groups, Asiwaju, however, urges them to be careful. Sadly, just as we have true humanitarians among us, our society also has many who hate others and who would try to wreck the noble humanitarian of others. Thus, those who are distributing rice and other things to people in need, whether or not with bags bearing Asiwaju’s likeness or not, we urge you to please make sure you get the items from trusted and reliable suppliers. Do not allow hate-filled people to turn your efforts against you,” the statement explained.

“Likewise, those who are receiving the rice and other items being distributed should only take such things from people you know and trust. You must verify the source and the content of what is being distributed,” the statement added.

The Media Office said it had to issue the statement because of its fear that some malevolent elements may try to undermine and destroy these noble efforts because of their political opposition to Tinubu or simply because they have no love for their fellow man.

Tinubu pointed out that such people have every right to oppose or dislike him but have no right to undermine humanitarian efforts providing needed food to the poor.

“If these actors want to fight Tinubu, so be it. But they should have the minimal decency to leave poor people alone and not to disturb or disrupt attempts to alleviate the hardships of the hungry and struggling among us,” the statement said.