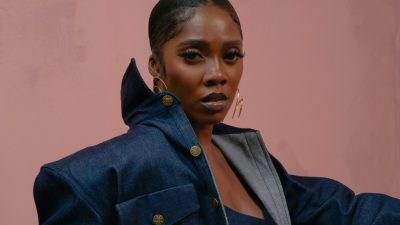 Folly number one. In trying to dissociate itself it appeared finicky and disloyal and much more importantly tying itself ever more strongly to the scandal.

Now let’s dissect it. I begin to ask myself why she was even made the brand ambassador in the first place.

Was it just because she had a baby and as such she could front the brand?

What elsewhere are they looking for. Did they do a background check on her, did they attempt a peek at her future- career-wise and personally

Did they Carry out scenario planning in case something like this erupted? Did they make contingency planning cos this pull-out looks Knee jerk or did one Director who is related to Tiwa’s late father put in a word?

Tiwa with a baby or not was still a risky asset. She like every other human would be susceptible to human frailties. Where they expecting an angel and if they were not did they list to her the kinds of scandals they could tolerate and the ones they would not tolerate.

So did they take into cognizance that just as there are millions who are against this scandal, there are also millions who see nothing wrong in it and are standing

Where is their market in these two broad categorizations? What percentage is in between and how can they profit from this and if not how can they pull out with minimal damage

Let me say something. The number of single mothers is on the increase and they can be found in various sectors and are mostly in the demographics that Tiwa appeals to

The budding singer, the salesgirl, the divorcee, the young professional whose career has come between her and marriage, the campus girl. Plenty

A 60% youth population. A quarter being female and a huge number of that below 30, you begin to see that Tiwa Scandal could easily have been a strong marketing tool for Pampers and Glo or any other serious brand.

Strategic and delicate image management and ever so slow calming communications would have made the mark.

Tiwa does not appeal to the above 40s demography. We just look at her from far. We will not listen to her songs or like what she wears and will NEVER be influenced by her

But 18-year-old Chantal is her target. Chantal will love her songs, dress like her, and be influenced by her.

So what does Chantal think about the scandal? Has there been an opinion poll by the brand custodian, a strategic survey of her core followership before a decision is taken?

I doubt. So we see the uproar on Social Media and Boom.

See what is happening with Netflix and Dave Chappelle. The Gays are up in arms cos of his homophobic rants. Even Netflix staff have Pickett their company but the man is a $24m comedian with a number 3 show on Netflix and Number 1 comedy show in all critical market segments like India and Nigeria who deliver about 20% of Netflix Revenues

In key black markets in America, he is number 1. In the Bible belt – Trump country he is Number 1 but a loser in California and New York.

Netflix is standing by him and daring their staff to go. A lesbian comedian who is a $3m dollar paycheck and down the league table was told to shut up when she shouted

Her response was,’ your evil algorithm’ yes data, information that’s what counts to the marketing expert and not all these hollow feelings and spurious value that is fluid and very flexible

So did the brand custodian of Pampers, Cadbury, and Glo really look at the dimensions of this scandal and its immediate and future impact on their market share and bottom line and their overall image, or did they just panic with the outcry on social media to pull the plug?

Late Paul Walker’s Daughter Is Married, Walked Down The Aisle By Vin Diesel

2023 election: The north is indispensable