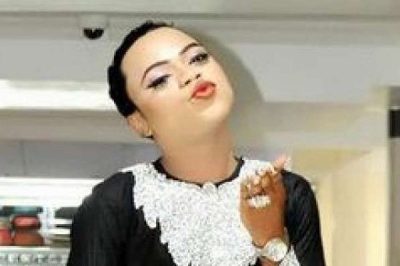 Popular cross dresser, Idris Okuneye, also known as Bobrisky, has alleged that his former bestie, Tonto Dikeh, asked her to insult Rosy Meurer, the wife of Churchill.
According to him, he dragged the lady who did nothing to him because he was being loyal to his friend, Dikeh.
He also disclosed that when Dikeh was held in Dubai for three months he was there for her.
He said: “If you have a friend like me, your life is good.
“When they held your aunty that you guys are supporting in Dubai for three months, where were you guys?
“Do you know much of my money is in your aunty’s hand?”
Related Posts

Oct 24, 2021
Meanwhile, the cross-dresser Bobrisky has mocked Dikeh over her breakup scandal with her ex-boyfriend, Prince Kpokpogri.
The Eagle Online earlier reported that Kpokpogri filed a lawsuit against Tonto Dikeh, seeking N10 billion as compensation for the mental trauma, emotional stress and severe damage caused him due to an invitation by the Department of State Services.
Dikeh, who subsequently reacted to this, had said that her lawyers are not hiding and can easily be reached for any lawsuit.
Bobrisky, who seemingly waded into the debacle, wrote on Instagram: “If you no get data this September ehnnnn.
“I’m enjoying Aunty disgracing herself everywhere.
“I no well pls Rita buy me Panadol extra.”
The cross-dresser had earlier followed Kpokpogri on Instagram before the recent twist in their messy breakup.