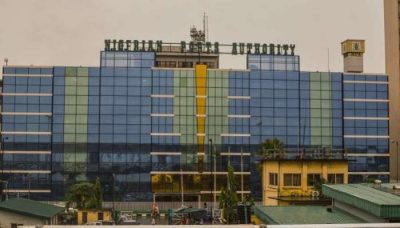 Truck owners under the aegis of the Council of Maritime Transport Unions and Associations (COMTUA) have threatened to sue the acting managing director, Nigerian Ports Authority (NPA), Mohammed Bello-Koko, over alleged extortion and activities of Truck Transit Park (TTP).

In a notice of intention to commence a suit against NPA in pursuant to Section 92 (1) of NPA Act cap 126LFN, 2004 by the solicitor of COMTUA, Ebun-Olu Adegboruwa (SAN), he said contrary to the intent and purpose of TTP which was meant to eradicate payment checkpoints, there has been a proliferation of illegal checkpoints along the terminal routes with attendant extortion of the sum of N5,000 per checkpoint.

Adegboruwa said despite the mutually agreed sum of N10,000 payable for an entry permit into the terminal, TTP now extort a whooping sum of N31,250.

He said, “Our client reliably informed us of certain developments and unfair activities in the maritime sector for which countless letters of complaint have been written but serially ignored by your office and other concerned offices such as the office of the Lagos State Government. Some of the disturbing facts which were reliably disclosed are that there have been reported cases of discrepancies and misrepresentation of facts and figures emanating from the electronic call-up regime created by Truck Transit Park Ltd on the instruction and directives of your office, the Nigerian Port Authority.

“Our client is vehemently disputing the cost and value of the services being rendered by ETO/TTP as there have been cases of extortions and breach of agreement on the part of your office. That it was mutually agreed that the sum of N10,000 was payable for the booking process as entry permit into the terminal but TTP now extort a whooping sum of N31,250.

“Contrary to the intent and purpose of TTP which was meant to eradicate payment checkpoints, there has been proliferation of illegal checkpoints along the terminal routes with attendant extortion of the sum of N5000 per checkpoints. That despite assurances to the contrary, members of our client now pay outrageous sums ranging from N50,000 to N150,000 to return empty containers at the authorized holding bay.

Adegboruwa, however, said that NPA has disobeyed the Executive Order of the federal government vesting economic regulation of the Nigerian Ports in the hands of the Nigerian Shippers’ Council.

“There has been consistent violation of movement procedures and illegal parking of trucks on the express road by some preferred truck drivers of which modus operandi are antithetical to the aim and purpose of the Electronic Call Up Regime.

“That the effort and intervention of the Honourable Minister of Transportation in setting up of the Ministerial Steering and Implementation Committee to proffer solutions associated with the ease of doing business at the Apapa/Tincan Island Port has been defeated with attendant cases of greed, extortions, harassment of truck drivers, robberies and total collapse of the accessible road networks.

Outgoing Seplat Chair, Orjiako to Get Contractual Role After Exit