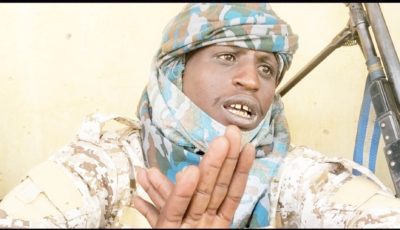 The victims were said to have been held after they delivered N10.5 million “Protection Levy” slammed on their community.

A couple of weeks ago, Turji imposed N20 million “Protection Levy” on Moriki community which is located 33km along Kaura Namoda -Shinkafi road.

The terror kingpin said if the community could raise and deliver the money within two weeks, they should have no fear of attacks and every farmer from the town could tend to his farmland without any intimidation.

Moriki, an emirate, is the biggest town after Zurmi, headquarters of the local government area. The community has been recording abductions and deadly raids.

Residents told Daily Trust that Turji has escalated attacks on Moriki and other neighbouring communities since the NAF raid on his residence near Fakai village in the neighbouring Shinkafi local government area in September.

“After he imposed the levy we met at the community level to see what we could do to raise the said amount of money bearing in our minds the consequences of ignoring his demand.”

“We came up with an idea that every house hold in the community must pay N6500 and if we add that we would get the N20 million for onward delivery before the deadline ends.

“We were able to raise N10.6 million as some community members defaulted. We used N100,000 to buy them packs of cigarette, loaves of bread, soft drinks and recharge cards as they instructed.

“Seven members of the community were mobilized and dispatched to deliver the money at an agreed spot near Kasayawa, a community located 1km east of Moriki town. After the delivery team arrived at the location, seventeen Turji’s boys rode to the spot and asked for the money and other items we bought for them.

“However, when Turji’s attention was drawn to the fact that the money brought was N10.5 million not N20 million as agreed he became angry and ordered his boys to hold five out seven members of the delivery team. He asked them to take the residents to one of his camps in Jirari forest straddling Zurmi and Shinkafi local government areas. Even though two of them escaped and arrived home this morning.

“We are now put on edge and we have started making effort to reach out to him that we will deliver the balance of N10 million to him. We are in a serious trouble as a people,” a resident, Sani Moriki, said.

The spokesman of the state police command, SP Muhammad Shehu, said he would find out what had actually happened. (Daily Trust)