US advises citizens to leave Ethiopia ‘as soon as possible’ 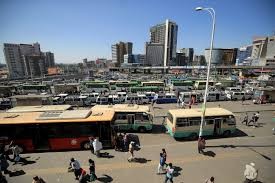 The United States is advising any of its citizens who are in Ethiopia to leave the country “as soon as possible” due to deteriorating security conditions.

A security alert posted on Friday on the website of the US embassy in Addis Ababa warned Americans to depart the country, and offered assistance in obtaining air travel from Bole International Airport.

“The security environment in Ethiopia is very fluid. We advise US citizens who are in Ethiopia to leave the country as soon as possible,” the alert said.

On Wednesday, the State Department authorised non-essential employees working in the embassy and their families to depart the country “due to armed conflict, civil unrest, and possible supply shortages”.

“Travel to Ethiopia is unsafe at this time due to the ongoing armed conflict.  Incidents of civil unrest and ethnic violence may occur without warning,” the department warned. “Further escalation is likely, and may cause supply chain shortages, communications blackouts and travel disruptions”.

Since last year, Ethiopia’s government has been engaged in hostilities in the country’s Tigray region which human rights groups say amount to an ethnic cleansing campaign.

In September, President Joe Biden signed an executive order levying sanctions against Ethiopian leaders, and earlier this week the Biden administration announced that it was suspending the country from receiving any trade benefits under the African Growth and Opportunity Act, citing “gross violations of internationally recognized human rights”.