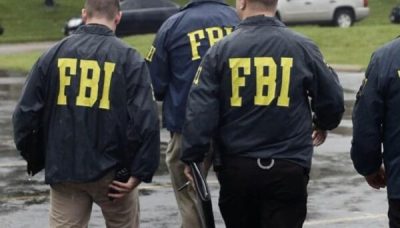 A staff of the United States of America’s Federal Bureau of Investigation, Ayotunde Solademi, on Thursday told an Ikeja Special Offences Court how an American allegedly defrauded two Nigerians of $368,698.

He testified that the American, Marco Ramirez, defrauded the Nigerians on the pretext of procuring Green Cards for them.

The News Agency of Nigeria reports that Economic and Financial Crimes Commission charged Remirez on an amended nine counts bordering on obtaining money under false pretences.

Solademi said that the Office of the Legal Attache in the US Consulate sometime in 2016 received a letter from EFCC requesting that the FBI should assist it to find out about the EB-5 Investor Immigrant Programme.

The witness said: “The request was also to know if USA Now LLC has the right to issue out the EB-5 Investor Immigrant visa to Nigerians.

“The FBI investigated the matter relating to questions that were asked.

“We responded to the EFCC based on our search and people interviewed.

“The main crux of our finding is that Nigeria is not a participant of the EB-5 Investor Immigrant Programme.

“If Nigeria is not a participant, then no company has been given the licence or right to give out the visa to them.”

The witness identified an FBI correspondence with the EFCC, and it was admitted in evidence.

Under cross-examination by defence counsel, Lawal Pedro (SAN), the witness said that the defendant was also wanted in the US to stand trial for some other charges against him.

“Sometime in 2018, the FBI wanted the EFCC to return the defendant to the US to face charges against him,” he said.

The EFCC alleges that the defendant defrauded Gabriel Ogie and Oludare Talabi of $368,698 on the pretext that the sum was their investment in his company, which would qualify them to be eligible for issuance of US Green Cards.

The EFCC had informed the Court that Solademi was its last witness and would close its case.

Justice Mojisola Dada adjourned the case until June 24, 2022 for the defence to open its case.

How I introduced ATM to Nigeria’s Banking Sector – Saraki