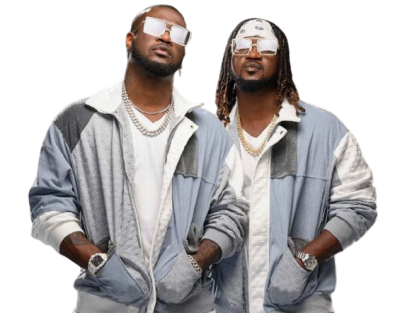 Nigerian singer, Paul Okoye of the Psquare music duo, has disclosed the reason why he and his twin brother, Peter Okoye were estranged and at loggerheads for six years.

Paul and Peter Okoye, his twin brother, parted ways in 2017. The separation was said to have followed a disagreement on the role of Jude Okoye, their older brother, as manager.

In June, Paul revealed that the Psquare split was caused by a family-related issue and not music. He said “Psquare was just the sacrifice” in the situation.

“I never said anything, because I knew what the problems were. It was a family issue, and it turned out that Psquare had to pay for it. Psquare was just the sacrifice,” he had said.

“It was a family issue, it had nothing to do with music. And because I respect family so much, I owe nobody any explanation.”

But in a recent red carpet interview video, Paul was asked about the cause of the split.

In his reply, he said “the devil” was responsible.

He added that “we shamed the devil” and are now back together.

“The devil. We’re back for good hundred percent in fact we don shame the devil,” he said.

In March last year, Peter blamed the constant comparison from fans over who is better between the duo as part of the reasons they broke up.

Since their reconciliation, the twins have released two singles titled ‘Jaiye ( Ihe Geme)’ and ‘Find Somebody’.