Why it was impossible to implement 2014 Confab report – Jonathan 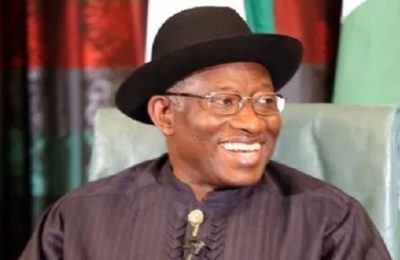 Former President Goodluck Jonathan on Tuesday explained why it was impossible for him to implement the report of 2014 National Conference which he convened before leaving office in 2015.

The former President spoke at the public presentation of this special book titled ‘The National Conversation’ a book on the intrigues, schemings, interests and the side attractions that formed part of the National Conferece authored by Akpandem James and Sam Akpe, two journalists who were media facilitators at the event.

Jonathan was represented at the event by former secretary to the government of the Federation (SGF) and former President of the Senate, Senator Anyim Pius Anyim, who also unveiled the book on his behalf.

While noting that he had offered reasons on why his administration did not implement the recommendations of the conference before leaving office on many occasions, including in his book, ‘My Transition Hours’, the former President said the question has continued to recur.

“However, since this is the first major public event on the 2014 Confab after I left office, I feel obliged to offer further explanations on my thoughts on the conference,” Jonathan said.

The former President noted that given the political environment, and the length of time it would take to implement the report of the conference, those blaming him for not taking action are either ignorant or playing politics.

“Those knowledgeable about the processes of constitutional reforms wili know that to implement the Confab report, a number of alterations will be made in the constitution which would require the involvement of the National Assembly and state assemblies.

“Such elaborate review couldn’t have been possible at that time because by the time the report was submitted in August 2014, we were already on the verge of a general election.

“It is also important to point out that at that time, the speaker of the House of representatives, Rt Hon Aminu Waziri Tambuwal, who was a member of my party, the Peoples Democratic Party (PDP), had already moved out, with some members, to the opposition party. That meant that a reasonable part of the NASS were anti-government.

“When you know that your parliament is under that kind of situation, it would have been imprudent on my own part to take such a precious document, which I consider as crucial to our development yearnings, to a parliament that would not give it due consideration.

“If we had a task that would require the alteration of the constitution, enactment of new laws, and amendment of some existing ones, there was no way that could have been done overnight.

“We were also fully aware that, for the segments of our population that were already suspicious of all the actions of government, our intentions could have been misread, especially against the backdrop of the ECOWAS protocol on constitutional reforms which states that no substantial modification shall be made to the electoral laws of member states in the last six months before elections,” said Jonathan.

He added that he would had devoted the first half of his new tenure to the implementation of the report if he had won the 2015 presidential election.

The former President said such reports are best implemented by a new administration.

“When I contested the 2015 elections, my expectations was that I would win a second term within which period I would have worked for the implementation of the Confab report. I felt that within the next four year mandate, my first two years would have been dedicated to implementing a reasonable part of the recommendations.

“If we take politics out of our national calculations, we would all agree that with a fresh government it would have been easier to achieve the implementation of the report,” he said.

Jonathan who said he never interfered with proceedings of the conference warned Nigerians to stop playing politics with the report.

“I implore our citizens to realise that the 2014 Conference was neither about me nor what my administration stood to gain from it at that time. It was all for the good of our country, our children and our grandchildren.I plead with Nigerians not to play politics with the 2014 Conference report.

“I believe that at the appropriate time, the country through a dedicated parliament will do the right thing. And the right thing is to duly and dispassionately consider the report of the conference with a view to implementing the recommendations for the good of the country.

He commended the authors of the book for documenting the experience of the 2014 National Conference, including the intrigues, schemings, interests and the side attractions that formed part of the activities that produced the the report of the Conference.

“I am pleased that this work has been put together by no less individuals than seasoned journalists who participated directly in the conference, with Mr. Akpandem James playing a key role as the media officer of the conference.

“I thank them specially because they have made it easier in this book for people to understand the vision of the Confab. It is understandable that not everybody will have the time and take the pains to go through the 900 page report. This book, I believe, is therefore designed to give the people a bird’s eye view of the document and it is being launched at the most appropriate time. A time the country is preparing for the next general elections.

“I see their effort as a way of preserving this momentous national accomplishment in an engaging book, for posterity.

“There is no doubt that a conference of this nature will continue to generate interests and debates with people approaching the discourse from the viewpoints of their beliefs, sectional sentiments, political orientation and ideological persuasion.