Wizkid’s ‘Essence’ should be Grammys’ song of the year, says Nicki Minaj 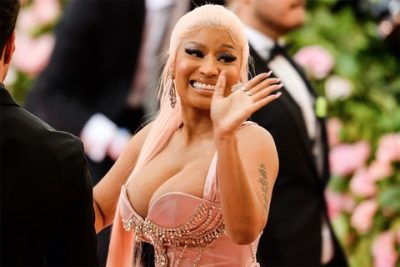 Nicki Minaj, the Trinidadian-born rapper, says ‘Essence‘, the hit track by Wizkid and Tems, deserves to be the song of the year at the 2022 Grammy Awards.

The 39-year-old was corroborating a point made by Joe Budden, the US media personality and former rapper, during a recent interview.

Essence’ is the 11th track of ‘Made In Lagos’ (MIL), Wizkid’s fourth album, which was released in October 2020.

The track has enjoyed widespread acceptance across the globe, with prominent entertainers dancing to its rhythms.

In November 2021, the song was nominated in ‘Best Global Music Performance’ category at this year’s edition of the Grammys.

Commenting on the project during the interview, Budden argued that the song should be Grammys’ song of the year.

“We need people on the Grammy board that know that ‘Essence’ was the song of the year,” he said.

Minaj then replied “right, right” in agreement with Budden’s remark.

“We need to be able to…you know what’s so funny, we should have our own Grammy board,” she said.

Wizkid had earlier revealed he collaborated with Tems for the song because he loves working with new artistes.