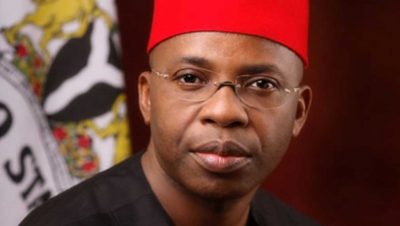 She was arraigned before a High Court of the Federal Capital Territory (FCT) on a four-count charge.

The counts border on allegations of criminal conspiracy, intimidation, defamation of character, attempted kidnapping and threat to life punishable with imprisonment for failing to substantiate the allegations and thereby committed an offence punishable under Section 140 of the Penal Code Laws of Northern Nigeria.

However, the defendant pleaded not guilty to the charges when they were read out to her in the court, and her counsel, Ifeanyichukwu Nweze, moved a bail application on her behalf.

He told the court that the police had no right to take over a matter that had already been taken over by the office of the AGF.

The prosecution did not oppose the application, but prayed the court to attach stringent conditions in granting the defendant’s bail to ensure her presence in court.

Ruling on the bail application, Justice Yusuf Halisu admitted the defendant to bail with two sureties and adjourned till October 28 for commencement of trial.