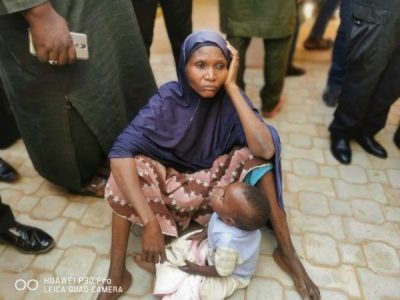 Police detectives in Zamfara State have arrested a Nigerien woman identified as Aisha Ibrahim, who allegedly tried to sell her co-wife’s two-year-old boy in Gusau, the state capital.

I was starved for seven days: Actress Okereke recounts…

According to the state Commissioner of Police, Ayuba Elkanah, the detectives acted on intelligence before tracking down the suspect at Tullukawa area of Gusau metropolis.

The suspect, who hails from Danyade Kaya village in Maradi, Niger Republic, was arrested with her co-wife’s child whom she claimed she stole in retaliation to the theft and sale of her son by her co-wife.

She further confessed that the reason for the theft was to sell the child and raise money for her day-to-day needs.

Nigerian convicted in Canada for trying to dupe town of $490,000

My husband spread charm on bed to kill me – wife alleges

How brave Police Inspector shot 2 gunmen dead in his Imo…