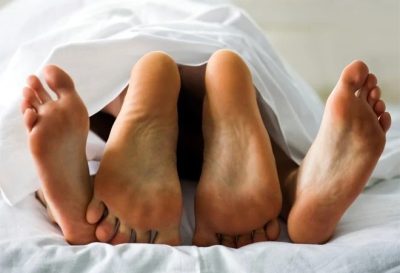 A video of a woman who confessed to conniving with her boyfriend to make her husband impotent has surfaced online.

In the now-viral video, the lady revealed that she took the decision to facilitate her divorce from her husband.

The lady also disclosed that her boyfriend took her to an undisclosed place where she was given a concoction to make her husband impotent.

“My boyfriend and I agreed to kill my husband’s manhood so it will be like his manhood is not working,” she said.

“(With that) it’ll be like it’s not me who is denying him sex. It’s not me who is being the bad wife but it is him whose manhood is not working and all. But I know where the problem is coming from.”

She said after divorcing her husband, her plan was to marry her boyfriend.

“That was the idea that eventually I will seek for divorce, then when we call people to sit, family and pastors and tell them that he is not performing and I’m young and I need to be satisfied, then I will move on. I’m still young and very energetic and sexually active,” she said.

“I wasn’t (scared), because I was in love. I’m actually in love with him, we were in love even now I’m in love with him but the tables are turning right now, and that is what is troubling me right now.”

She, however, cried out that her boyfriend is planning to abandon her for another woman.

“After all that we’ve been through, after all, that he made me do, both of us, now he’s telling me that he found love, and he’s getting married and he wants to call it quits and I’m not letting him go,” she said.

“So, right now, I’m also thinking whether to give him the same medicine, the same dose I gave to my husband.”

Watch the video below:

My boyfriend and I agreed to kill my husband's manhood, says Ghanaian woman.