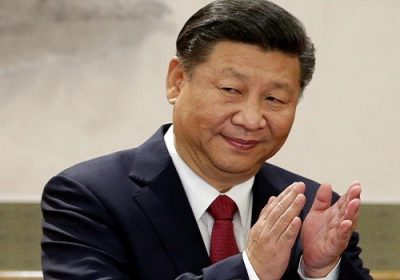 According to the old rules, he should step down next year. But the Chinese leader has now secured his grip on power beyond two terms. It’s a massive taboo breach — yet other taboos remain in place, comments Dang Yuan.

The title demands attention. 348 delegates of the Central Committee of the Chinese Communist Party (CCP) have approved its third “Historical Resolution.” The document, however, serves only one purpose: It cements the power of a man who, according to previous party rules, would have had to retire from politics next year after two terms as general secretary.

Xi Jinping, who is now 68, has ensured that he will remain leader of the CCP even after the 20th Party Congress in November 2022. The new resolution makes this unequivocally clear. As both president and chairman of the Central Military Commission (supreme commander of the armed forces), Xi will now call the shots in the People’s Republic until 2027.

Power is addictive. This is why, in the early 1980s, the far-sighted party leader Deng Xiaoping limited top officials to two five-year terms in office, with good reason. Until now, they had all abided by this. Jiang Zemin and Hu Jintao each ruled China for 10 years – not longer.

Today, things are looking different. The Communist Party has ruled China continuously since 1949, but no politician in its entire 100-year history has held as much power as Xi does right now. And China has never been as strong as it is today – politically, economically and militarily.

Xi, who came to power in 2012, never left anyone in the slightest doubt that he wanted more, and has successfully provided for this. For example, in 2017 the Politburo Standing Committee did not admit any younger CCP cadres who could have succeeded Xi in 2022, at the end of the two regular terms. That was a first. Then, in 2018, the constitution was amended at Xi’s request, abolishing the limit on the number of presidential terms. The number of years Politburo members could serve has never been limited under the CCP’s constitution.

Fear and an iron fist

In the public perception, both at home and abroad, Xi is the guarantor of China’s rise and of its growing prosperity. After all, he was the one who proclaimed the New Silk Road initiative, which has seen China rally Asian, African and eastern European countries around itself – and, in doing so, challenge the world order that has been in place since World War II.

Xi rules the party with an iron fist. He only appoints people he trusts to important posts. If rivals do not publicly pledge allegiance to him, they are persecuted mercilessly. A delegate to the Central Committee, for example, has been absent in recent days. He has been under investigation since October for “serious violation of laws and party discipline.” Ironically, he is a former justice minister. The suspicion is that he belongs to the wrong faction within the party.

Outside the CCP, there is hardly any talk of socialist justice in accordance with the party’s mission. Instead, Xi is relying heavily on an ideologized confrontation with the United States superpower. This is his way of seeking to defy capitalism and legitimize his own, Communist rule. In this battle of two systems, Taiwan is deployed as leverage. In 2005, the People’s Republic passed the Anti-Secession Law, which legitimized an attack on the island. The use of armed force against what Beijing sees as a breakaway province would draw the United States and its allies into an armed conflict.

Authoritarian governments and parties never use times of upheaval to create lasting peace or provide people with prospects for the future. No – they prefer to create fear and use fear to govern, with the background threat enabling them to stay in power for longer.

There was such a surge of fear in China last week that people in major cities were buying and hoarding rice and cooking oil: Many believed that Xi was going to strike Taiwan at any moment.

The final communiqué from the CCP plenum does not hold back on the self-praise. It is a paper full of self-congratulation and self-aggrandizement. Above all, though — and this is new — the “historical resolution” is a document deifying the Chairman, highlighting Xi’s “glorious achievements.” His ideas are described as “21st century Marxism” and a “quantum leap of Marxist thought in China.”

By embarking on this course, the party is breaking a taboo. Yet other taboos remain in place. Historical errors such as the Cultural Revolution (1966-1976), of which Xi’s father was himself a victim, or the bloody suppression of the student movement in 1989 still cannot be mentioned.