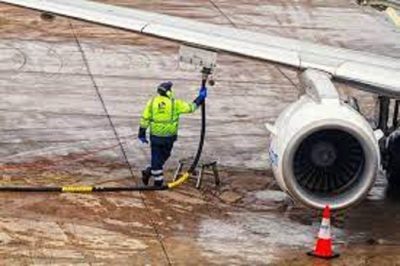 The leadership tussle that rocked the Airlines Operators Association of Nigeria (AON) for over three years has finally been rested as the two factions have agreed to an out-of-court settlement.

Recall the Capt. Ibrahim Mshelia, CEO West Link Airlines, had dragged the current AON President Alh. Abdulmunaf Yunusa, and his Executive Committee to court over the outcome of the AON elections of 2019 which produced them.

But briefing journalists on Wednesday in Abuja, the President of AON and Yunusa, who is the president of Azman Airlines,  said the case had been withdrawn from the court while the aggrieved faction has reunited with AON for the progress of the aviation industry.

“We have resolved to work together for the benefit of our country and to safeguard the integrity of the aviation industry,” he announced.

The leader of the previously aggrieved faction, Capt. Ibrahim Mschelia, said his group withdrew the case because the “faction that was not happy before is now very happy with the leadership of the AON.”

“I want to announce on behalf of my faction that the disagreements have now been resolved and we are strong together. We are here to defend the industry. it is not a personal nor selfish interest so we are united about the progress of the Nigerian aviation sector. We have withdrawn our case and AON is one strong family. There is no more division as it is one leadership now” he said.

The airline operators also spoke on the state of the aviation industry.

“The Airlines are at the mercy of everybody. The owners of airlines in Nigeria are patriotic because it is not profitable. They are doing it as service to Nigeria and should be applauded, not demonised,” said Chief Allen Oyeama, Vice President AON and Chairman of Air Peace.

“Nigerian indigenous airlines we are performing under certain conditions that we should be applauded for still staying afloat. Is it forex, fuel infrastructure? How about how about Bird strikes in a good country the airlines would have gone to court against FAAN for the all the birds trikes because we pay for these services. Air Peace alone have had over twenty bird strikes in a year.”

Prof. Obiora Okonkwo, Chairman, United Nigeria Airlines and Spokesperson AON, said there is huge racketeering in the aviation fuel imports to the detriment of the airlines.

He said aviation fuel selling above N800 isn’t acceptable as their calculations show that it shouldn’t sell above N500 per litre.

He said, “the authorities should make forex available and do something about the fuel racketeering. We are paying above the reality cost. We are not asking for free money nor subsidy but the right thing should be done as the burden is transferred to the travelers.”

He noted that even check-in counters are not enough, the apron area isn’t enough and the airports are mostly sunsets thus unavailable for night operations.