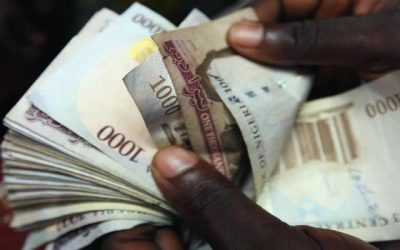 Demand deposits – money deposited in a bank account that can be withdrawn on demand without advance notice – rose to N18.48 trillion in October 2022 compared to N15.81 trillion in January this year, representing 16.98 percent year-to-date.

On December 15, traders will be reluctant to accept old notes. They will accept only new notes, dollars or electronic payments, leading to a bi-monetary system, increasing uncertainty and reducing investor confidence, said Bismarck Rewane, managing director/chief executive officer of Financial Derivatives Company Limited, in his monthly presentation at Lagos Business School (LBS).He said the planned new Banknotes will not reduce inflation, rather it will actually accentuate it because cash is only 6 percent of money supply, adding that money supply growth average over the last 5years is 12.5 percent.

Data from the CBN points to significant hoarding of naira notes by members of the public, as 84.5 percent (N2.73 trillion) of the currency in circulation is outside the vaults of the commercial banks. The CBN also considered the value of currency in circulation, which had spiked by 121 percent since 2015, according to Agusto &Co, in its November newsletter.

The sudden announcement of the redesign project surprised the financial markets, analysts and even the finance minister, triggering a wave of uncertainty and heightening speculative activity against the naira in the parallel market as many hoarders rushed to offload their naira stockpiles. Within 10 days of the announcement, the naira lost 16.3 percent to an all-time low of N890/$ as at November 4, 2022. Consequently, the spread between the official (N442/$) and parallel market rates widened to 101 percent – the highest ever.