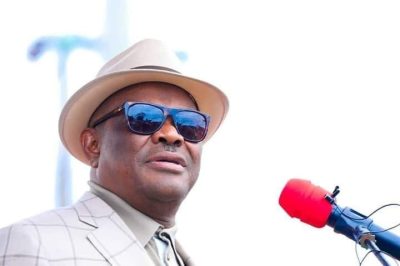 When the row between Rivers state governor, Nyesom Wike, and his party, the People’s Democratic Party (PDP), spilt onto the streets after the party’s presidential primaries in May, that to solve Wike, one had to first fix the candidate, Atiku Abubakar.

In light of Wike’s no-holds-barred interview last Thursday, things may have fallen apart, irretrievably. That interview, perhaps only comparable in seismic scale and onomatopoetic resonance with Julian Assange’s WikiLeaks, has shaken the PDP to its foundations.

The fallouts may well remain the biggest threat to the PDP’s electoral chances next year.

But what was the point, really? Was it to set the records straight? To take his pound of flesh? To avenge the betrayal of his ancestor – Peter Odili – sold down the river under similar circumstances? Or just to bring the roof down and, if possible, escape with the rubble as a trophy?

Wike is not done yet. Still, even in the midst of the wreckage left behind by his last interview, the inescapable question would be: what is his endgame?

I’m not sure his interview would significantly damage either party Chairman Iyorchia Ayu or Atiku. Verbal attacks that would damage politicians will kill them first. And their gift for taking disasters in their stride gets even better during campaign sessions when, to use the title of Simon Kolawole’s imaginative , most people would simply say, “It’s all politics!”.

But even if Wike’s targets feel any discomfort at all, it still doesn’t answer the question: what is his endgame?

My guess is that his objective is to severely damage both the candidate and the party that neither would be worth anything at next year’s poll. This might sound ridiculous, since the state PDP has fielded at least 48 candidates, believed to be his close allies, for next year’s election under the party’s flag.

Wike is not a fool. If he thought he would be unable to survive and make something for himself or his supporters from the party – whole or in ruins – it’s unlikely that he would play hardball.

Since it’s too late to switch parties at this time, my guess is that he would secure his base in Rivers State where he appears to be very much in control at this time. After the elections, he might for his spectacular labours of sitting in and pissing in, then use his base to negotiate with the party at the centre. That, of course, is assuming the APC wins the presidency, otherwise, he would be dead meat.

We saw this arrangement work before when Bola Tinubu’s Action Congress of Nigeria (ACN) made a deal with Goodluck Jonathan in 2011 to turn a blind eye during the presidential election while securing Lagos during the state election. For parties not separated by ideology or principles, how Wike manages his post-election affairs, even if he succeeds, might yet leave him with a permanent label of “buyer beware.”

The conversation has, of course, not been framed in the stark terms I have used here. Wike, who might have been an excellent opposition leader in a parliamentary system, has said that this is not about himself.

According to him, he feels obliged to compel the party to honour its constitution on zoning, particularly since Ayu (a northerner) accepted that he would step down if a northerner emerged as a presidential candidate.

Those on the other side say that was not exactly how Ayu put it. According to them, he said he would step down if the party (meaning the NEC) asked him to do so. In any case, they argue, why is Wike complaining or, to use campaign spokesman Daniel Bwalya’s phrase, playing God? After all, not only did he bring former Chairman Uche Secondus and later also instigate his removal, he also brought Ayu!

Now, that is where the story gets interesting. Inside sources informed me that Wike indeed brought Ayu, but it was an assignment executed for him by his ally and Benue State Governor, Samuel Ortom. A source familiar with what happened said Ayu had assured Wike at the meeting in his house in Abuja that not on his watch as chairman “will one Fulani succeed another”.

At that point, well before the primaries, of course, Wike had obviously told himself that he had the party exactly where he wanted it: he would be the inevitable PDP presidential candidate. But the last politician who kept his word was the one who never gave it.

When the sale of the party’s form started in March, it became open sesame. To forestall a Northern coup, pro-Wike forces set up the Bala Mohammed committee which then took on a life of its own. It spent months looking for a secret in plain sight: that regardless of what the constitution said, it would be an “open contest!”. The rest, of course, is history.

But was there a chance that Wike and Atiku may have patched things up, especially after the famous but highly secretive London meetings? Improbable.

Sources familiar with the outcome of the meetings said even though Atiku seemed disposed to ditch Ayu, he was concerned about a) the impact, especially so close to elections, and b) that he might be unable to get the NEC to do it.

Of course, Wike allegedly assured him it wouldn’t be a problem. He, Wike, had done it before and the head of Secondus on a platter was proof. In case there was any question about a viable replacement this time, however, former Ondo state governor, Dr Segun Mimiko, was on standby.

But there was an elephant in the room – the disposition of the “owners” of the party. When Atiku returned to Abuja from the London meetings and broached the matter, the “owners” declined. They expressed the view that Wike had crossed the line. He would be tackled at the “appropriate time”. No deal.

Ayu is saved for another day not only by the vital intervention of some of the “owners” of the party but also by his “old boys’” network, reinforced by the promise that either himself or former Senate President Bukola Saraki could become the next secretary to the government of the federation if the PDP wins.

Now, back to the question: what is Wike’s endgame? To avenge his displacement from within while securing the positions of his allies who are already carrying the PDP flag into the next election. His destination – if not by words, but by conduct – is APC. Everything in-between is in translation.

And my guess is that he might not be a total stranger there. Not only because the main parties are largely different only in name, but also because some members of his cabinet and allies are refugees from APC, a party that has downgraded its funder-in-chief of yesterday, Rotimi Amaechi, from Buhari’s campaign DG to Tinubu-Shettima’s “adviser on infrastructure.”

Pundits may worry about the possible consequences of Wike’s actions on the fortunes of the PDP in Rivers State, and perhaps elsewhere that he may have clout. My guess is that the combined effect of Labour Party’s Peter Obi and Wike activities would prove quite daunting, especially in the south-east and south-south which have been the mainstay of the party for about two decades.

If we have seen anything in Nigeria’s politics in the last 23 years, however, we know that in the end, feuding parties know where their interests lie, whatever pundits may think. And, as we say in my neck of the woods, they will be alright!

Azubuike Ishiekwene is editor-in-chief of LEADERSHIP