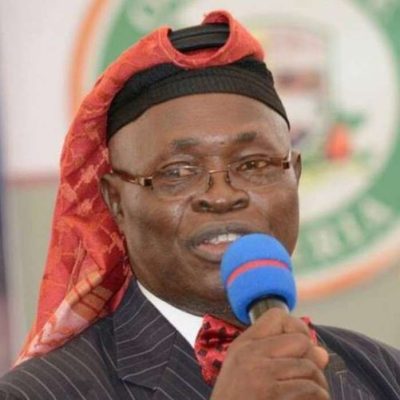 An Islamic human rights organisation, the Muslim Rights Concern (MURIC) has demanded that the Governor of Oyo State, Seyi Makinde, quits the government house by 2023.

According to the Director of MURIC, Prof Ishaq Akintola in a press statement released on Friday, the state governor has an anti-Muslim agenda and has the habit of snatching what belongs to Muslims.

The statement partly reads, “Makinde is in the habit of snatching from the Muslims what belongs to them. Yet he wants Muslims in the state to continue to cooperate with his administration.

“He lives in self-delusion with his divide et impera as he hoodwinks an infinitesimal minority of Muslim dealers and ignores the real Muslim leaders. With this ill-advised announcement, he has betrayed those few stomach-infrastructure Muslim dealers who always claimed they needed to be near the governor.

“Makinde will soon know his fate. Muslims will teach him an electoral lesson. We expect Oyo governors to take a cue from what happened to Bola Ige in 1983. Nobody plays with Muslim interest in Oyo State and gets away with it.

“Makinde started by toying with the Hijrah holiday which his Muslim predecessor (ex-governor Ajimobi) gave us. He also refused to issue any circular on hijab to date. He marooned his Muslim deputy governor for three good years until the latter was eventually impeached and replaced with a Muslim-by-name deputy. Seyi Makinde’s anti-Muslim agenda cannot stomach the idea of a genuine Muslim deputy governor.

“We hereby give the ‘Eleyi of Agodi’ notice to quit Agodi Government House come 29th May, 2023. The Muslim dealers masquerading as Muslim leaders and romancing with our traducers for contracts will not be able to save him. Makinde’s days in government house are numbered. He has murdered sleep. From this day to 29th May, 2023, Makinde shall sleep no more. We advise him to start loading his back-pack with his most essential commodities from today.”