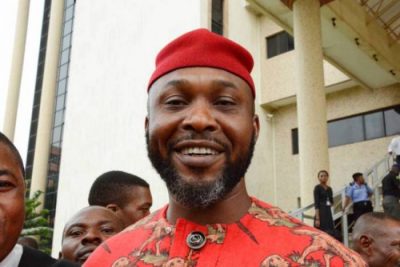 Nigeria is at the moment gasping for air as it struggles to stay alive; no thanks to increasing rate of inflation, economic crisis, frightening level of   insecurity, disunity amongst its people, etc.

Things have become so horrific that even the 9th Assembly Nigerians nick-named rubber stamp, woke up from its slumber and demanded that the president woke up or be impeached.

The dire situation of the country indicates how huge the task of the next president is, come 2023. In his opinion, former Minister of Aviation, Osita Chidoka believes the first port of call will be to manage the country’s diversity.

Speaking on the state of the nation on Arise TV programme, he stated that “The number one priority for incoming Nigeria’s president is to go back to the management of our diversity as a country. The idea of federalism is unity in diversity and every effort has been made over time to manage this diversity”.

He lamented that “Over the past seven years, Nigeria has witnessed unprecedented and unimaginable destruction of this diversity. So, what we are going to see in the next four years from 2023 is an effort to rebuild our sense of nationhood, oneness because our problem is the matter of national consensus.

“So once the nation is unified again, then we can begin to deal with our economic issues, insecurity and various challenges bedevilling the nation”.

Chidoka recalled that there have been deliberate efforts in the past to build our national unity, saying that it was what led in 1979, nine years after the Civil War, to having an Igbo man as running mate to President Shehu Shagari.

“The idea of introducing that one third of the votes cast at least in 10 of the states in Nigeria then was a reaction to the parliamentary system where the Northern People’s Congress could actually form a government with just northern legislators.

“So all these efforts; the constitutional amendments, all the changes we did even to the presidential system was in reaction to how we could build a nation. And it is sad that all the efforts made, all the gains made over the years have been destroyed over the past seven years”, he stated.

To achieve the much desired nationhood, Chidoka dismissed the idea of going back to the 1960 Constitution stressing that “Contrary to views and popular opinion, the first republic was actually a problematic constitution. Many young people and analysts who talk about it today will not remember that it was events of 1960, 1962 to 1964 that led us to where we are as a nation.

“If you remember, the operation ‘Wetie’ in the South Western part of Nigeria was a problem between the Action Group when Akintola and Awolowo disagreed and there was an effort to remove him as Premier which was truncated in the House of Assembly. That led to a state of emergency in the South West. That meant that the Parliamentary system was facing severe stress in Nigeria.

“In the South East, it was so bad that the whole of the region boycotted the elections of 1964 which was redone in 1965 for the eastern region. Despite the boycott of the eastern region, Zik was forced by the force of law to invite Sir Abubakar Tafawa Balewa to form a government. So, going back in time may not be solution to our problem”.

A lot of people have also opined that writing a new constitution will bring about change in the country, but the former Aviation Minister disagrees. “I don’t think if we write a fresh constitution today it will solve the problem of Nigeria. The Constitutional Conferences under President Babangida and Gen. Abacha that led to this Constitution we have, were largely written by Nigerian politicians. The only challenge was that after they wrote the Constitution, the military intervened in promulgating it into law and amended certain aspects of that Constitution. What I think we need to do is to have a National Assembly that is alive to its responsibilities which means that the Constitution must, as a matter of course, continually go through process of amendment and improvement”.

“It is interesting that over the past ten years, we have amended our Constitution quite a number of times and I think more amendment will come. People say fundamentally that the constitution of 1979, 1999 are flawed, I also say that fundamentally we can rewrite those fundamental issues that are flawed. If you look at the recommendations of President Jonathan’s Constitutional Conference, the six geopolitical zones we have today came from the 1995 Abacha constitution”, he added.

He maintained that the problem of Nigeria comes from not having responsible legislators.

Another major challenge according to him is the human element.

“Despite the beautiful laws we’ve written in Nigeria the human element is a major challenge. So, nothing in our law does not empower the State House of Assembly to oversight the governors to ensure that the states are run properly. You can see that we have had state governors that have not conducted local government elections and the House of Assembly has not sanctioned them. We have seen governors that have used large sum of money under the guise of security votes but the state Houses of Assembly have not sanctioned them.

“We have accountant-general of the states, the auditor-general of the state but they have become lackeys of the executive; people who undermine the Constitution. So, writing a new Constitution will not solve the country’s problems because the systems and processes have failed. That is, the lack of leadership in forcing compliance to these systems and processes. And the watchdog- the media, civil society are also lacking in this responsibility. And then the citizenry, our threshold for accepting bad behaviour, for normalising bad behaviour is quite high in Nigeria. There should be a change in the way we understand the idea of government and that will take quite some time and not just rewriting the constitution”.

Giving reasons activities of terrorists ravaging the country have continued unabated, he pointed out that, “The Nigerian state is at its weakest level. All around the world, countries have faced traumatic periods of non-state actors trying to control the state but two things are critical to fighting insecurity; there is national consensus so that both the political and the military and security forces will walk in the same direction.

What is fuelling insecurity in Nigeria he explains further is the economic problem that has weakened the capacity of the Nigerian states, adding that the terrorists know that the country lacks the capacity to fight them.

“The insecurity we are experiencing is a combination of lack of national consensus, the weakened state of the Nigerian state, and the lack of resources to prosecute its wars and enforce its roles as the single authority with monopoly over violence. And of course, lack of investment in our security architecture over the past 25 years or up to 40 years because the military weakened law enforcement agencies while in government so that they would have control of violence and be able to run the government. The military did a lot of damage in weakening the Mobile Police Force, the idea of National Guard and other special service units to fight the war against what I call terror-induced-violence we have today”.

While many have applauded the National Assembly for issuing the six-week ultimatum to President Buhari to leave office on account of security challenges facing Nigeria, Chidoka believes that “The National Assembly members involved have just woken up to their responsibilities. They have far more serious egregious behaviour from this government that would have required serious oversight and sanctioning”, adding that “It is interesting that it’s in a country like this that the Accountant-General of the federation has been accused by the EFCC of diverting the sum of 109 billion. It’s worse that 15 billion of this money was said to be bribes he received before releasing monies due to states”.

If that happened in other climes, he noted, there would have been ‘massive wave of resignations. “That this Accountant-General reports to somebody and that under the watch of this person that he reports to, and which ultimately is the president of the Federal Republic of Nigeria, the man was able, under the President, Minister of Finance and other institutions to divert 84 billion naira of federal government money to private purposes.

“That singular act should have warranted national outrage and possible impeachment. I am not impressed with the call for impeachment at this time. I’m more interested in seeing a proper investigation by the National Assembly to expose what has gone on over the past seven years”.

The former Aviation Minister disclosed further that “Today, about the federation account, we’ve had the NNPC saying all the time that it has no money to bring to the federation account and in fact it needs more money to be able to meet its obligations to the fuel subsidy. The fuel subsidy has been mired in what I call a black hole, nobody knows who is being paid or how much is being paid. If we look at this together with the insecurity, the National Assembly has not been alive to its responsibilities.

“So waking up at this moment and calling for the impeachment of the president is what I call a last point noise. What I expect them to do is to continue with an investigation into all these issues so that by the time they come up with a report, the issue of impeachment will be a foregone conclusion because it will show that the government has not run this country well; it has not run the country transparently”.