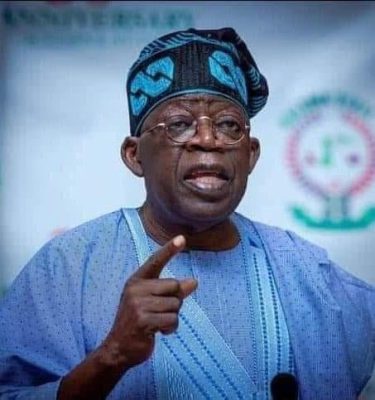 Jun 23, 2022
WITH the party conventions over, Nigerians now know the flagbearers of the political parties and can prepare for as well as make their forecast for the 2023 election. The last hurdle of the process has apparently been scaled with candidates naming their running mates.

In the case of the All Progressives Congress, APC, and the Labour Party, LP, a final seal is yet to be put on the position of their respective running mates.

The nomination of Kabir Masari and Doyin Okupe as mere “placeholders” was to meet the deadline of June 17 set by the Independent National Electoral Commission, INEC. Both men are to remain in that capacity on an interim basis, pending when the pork barrelling that goes on in the name of horse trading will be over and done with.

Balancing the geopolitical and religious demands of Nigeria’s electoral system, in view of the conventional practice of rotating power between the country’s regions, has made the nomination of party flagbearers as well as their running mates both a contentious and tricky issue that requires careful consideration.

To get that wrong is just one remove from losing an election, no matter how bright are the prospects of a party and their candidates. The process is more rigorous for some candidates than it is for others. Perhaps more than any other candidate, APC’s Asiwaju Bola Tinubu has a relatively tough row to plough in this regard. Being a South-Western Muslim and Yoruba, his running mate should in the light of the aforementioned geopolitical demands of Nigerian politics be a Christian from the Northern region. That is the minimum requirement by convention.

Electoral success is, however, the goal of every politician and any one of them worth their calling cannot but place victory at the polls over and above the contingency of ethno-religious imperative. This is where the crunch lies: the electoral value in terms of vote count that such affirmative acts carry. Otherwise, it is mere wishful thinking to expect that a politician like Tinubu, one whose lifelong ambition has, by self-admission, been to steer the ship of the Nigerian state as president, will put that ambition at risk in a romantic chase after a political convention that lacks voting power.

Which is to say that as far as the issue of choosing a running mate goes, the most electorally viable option for Tinubu and the APC at this present time, is to pick a Muslim, not just from any part of the North but either the east (to cut into his main rival, Atiku Abubakar’s, votes) or west (to consolidate on the support already being enjoyed by the APC in those parts) of that region.

Either way his prospects are far better and brighter than he stands to gain from choosing a Northern Christian even from the North-West or North-East which is the appropriate and intuitive option to take in view of the power sharing convention that has been in place since the return to civil governance in 1999. That option is, however, fraught with so many pitfalls that can only provide a soft landing to elements within and outside the APC opposed to a Tinubu presidency, not to mention the transition of power from the North to the South.

The effect of the blowback that the Northern Muslim option presents to Tinubu in the South is far lesser, if not infinitesimal, to what he stands to gain in the North from taking it. And that is hoping that the Northern political class in the APC keeps faith with him and remains steadfast about their position that power shifts to the South.

Otherwise, should this class of politicians choose to, they can proclaim their support for Tinubu on rooftops while they work for and give their votes to Atiku Abubakar.

The last observation, if it does play out, will be a clear act of betrayal but it is by no means a foolish proposition or an impossible scenario. I say this in view of what transpired in the APC in the runup to the convention that led to the emergence of the party’s flagbearer. Try as anyone might to deny it, there was a clear attempt to wrongfoot Tinubu’s search for the APC ticket. The move for a consensus candidate was an offense to stall, and eventually stop him in his track and prevent him from becoming the APC’s candidate in next year’s election.

It was evident to the party’s top echelon that Tinubu would be the clear winner of a free and fair contest and they were determined to stop him even before it got to that stage. That President Muhammadu Buhari, who has always come across as an unperturbed onlooker when issues turn to wranglings within the APC except where he is concerned, vacillated in the manner he did never helped the situation. He might have had reasons to reconsider his support for Tinubu in view of the latter’s contribution to his victory in 2014, he had an obligation to come out and say so with reasons in clear terms.

Former President Olusegun Obasanjo not only made clear he didn’t want Atiku to succeed him despite being his deputy for eight years, he put his objection in black and white for posterity even if he would later support Abubakar in his 2019 campaign for the presidency. Not even Tinubu’s worst critic would deny the critical role he played in Buhari’s eventual success in 2014 after three failed attempts.There should be honour among thieves but that is apparently too much to expect of Nigeria’s politicians. That Buhari looked on as others tried to stymie Tinubu did nothing to portray him as the leader of the APC. Rather, he came across as untrustworthy.

Even as a mere bystander with no partisan political affiliation, I consider it a positive development that the treacherous elements in the APC did not succeed with their scheme to have Tinubu edged out of the APC convention. This is for the potentially permanent damage that would have done to regional trust and collaboration between Nigerians, not just the politicians, from different parts of the country, especially those who may have to work in the future with their peers of Fulani extraction.

Tinubu’s political sins are probably as many and weighty as the good he has done and these have both been chronicled and advertised widely by alike his foes and friends. But it is never a good policy to rob Peter to pay Paul or allow some to have their cake and eat it as the APC attempted before the convention and since in its plan to return Ahmed Lawan and Godswill Akpabio to the Senate after their failed presidential run.

Allegations against me by Omotola unfounded – Lagos AG Onigbanjo reacts