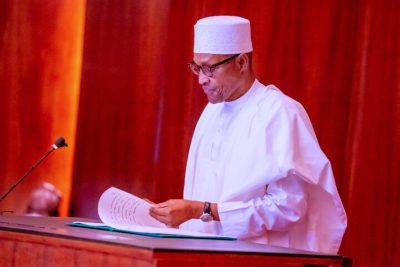 On Tuesday, President Muhammadu Buhari confirmed that none of the former ministers who resigned in pursuit of elective offices would be returning to posts they once held. The president sent seven new names to the senate as their replacements.

Uche Ogah exited his role as the minister of state for mines and steel development to pursue the Abia governorship bid, while Tayo Alasoadura also quit his position to contest for the APC senatorial ticket in Ondo.

To take their places are seven individuals ranging from former lawmakers to party chieftains.

Here are short profiles of all the seven nominees.

Ikoh was a former commissioner for industry, science and technology in Abia until 2020 when he left the Peoples Democratic Party (PDP) for the All Progressives Congress (APC).

When he left the PDP, Ikoh said he made the decision because he had “always been sidelined in my ward, local government area and state party decisions”.

During the build-up to the APC national convention, Ikoh was nominated by the Abia chapter of the party for the role of national vice-chairman in the south-east.

However, he was beaten to the position by Ijeomah Arodiogbu, who was elected based on consensus.

Umana is a former commissioner for finance in Akwa Ibom and was also appointed secretary to the state government (SSG) when Godswill Akpabio was the governor.

He resigned from the position in 2013 and joined APC a year later. He was the party’s candidate in the 2015 Akwa Ibom governorship election and lost to Emmanuel Udom.

He is currently the managing director of the Oil and Gas Free Zones Authority (OGFZA).

Nkama is a former special adviser to David Umahi, governor of Ebonyi, in the Abuja liaison office.

The ministerial nominee was promoted to the position of commissioner for investment in 2019.

He remained in the role until 2021 when the governor dissolved most of the members of his cabinet.

Opiah was the eighth speaker of the Imo state house of assembly.

He was appointed chairman of the board of Agricultural and Rural Management Institute (ARMTI) by former President Goodluck Jonathan in 2013.

Opiah was later elected as the lawmaker representing the Ohaji/Egbema/Oguta/Oru west federal constituency in the house of representatives.

Until now, El-Yakubu was President Muhammadu Buhari’s senior special assistant on the house of representatives matters. He was appointed to the role in 2019.

El-Yakubu was also a member of the house of representatives from 2003 to 2007.

Adegoye is an indigene of Akure LGA of Ondo state.

He contested the APC primary for the Akure north/south federal constituency bye-election and lost to Mayokun Lawanson-Alade.

Adegoroye will be replacing Tayo Alasoadura on the ministerial list after the latter resigned to pursue the Ondo north senatorial seat.

Udi was born on July 24, 1972, in Abua/Odual LGA of Rivers. He earned his first school leaving certificate in 1986 and passed his National Examination Council (NECO) exams fourteen years later, in 2000.

In 2008, he became the chairman of Abua/Odual LGA while studying management at the University of Port Harcourt. He was re-elected for another term in 2011.

He is the chief executive officer (CEO) of Opelia Farms Limited.
(The Cable)

AT A GLANCE: ALL 7 ministerial nominees recommended by Buhari to senate
0
Share FacebookTwitterGoogle+ReddItWhatsAppEmail