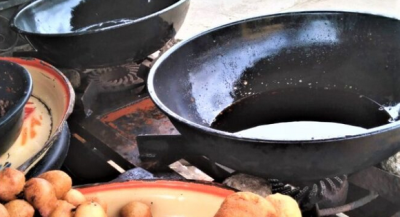 According to NAN, Alloy said the federal government is working towards prosecuting those who use PCBs for cooking.

He said the consumption exposes the public to cancer of the lungs, heart, kidney and liver diseases.

“For a long time, PCBs was the cooling liquid used in electricity transformers, until the world found out that this oil was toxic, and is trying to phase it out,” Alloy said on Tuesday.

“Jail term awaits those caught using PCBs to fry akara, chicken and plantain chips at the roadside to sell to the public because the oil is toxic and carcinogenic.

“We found out that it is all over the place in Nigeria, dump sites, and in old National Electric Power Authority (NEPA) compounds.

“Some food vendors now mix PCBs with groundnut oil to fry akara and sell to the general public.

“Of course, they may not know how hazardous what they are doing is. This exercise is to sensitise policymakers and everyone about this malaise.

“It is important to note that spillage of PCBs is always a danger when equipment is to be transported; it should, therefore, be transported only in sealed containers.” (The Cable)