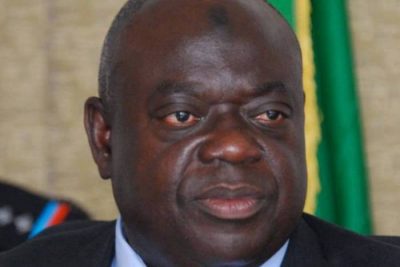 More troubles for former Governor of Niger state, Mu’azu Babangida Aliyu as the Peoples Democratic Party in the state has distanced itself from him, saying he remains suspended following his role in undermining the party during 2015 general elections.

The former governor, it was alleged, worked against former President Goodluck Jonathan and ensured he lost in the 2015 presidential election.

The party leaders and faithful in the three senatorial districts of the state reaffirmed their support for the suspension of Dr. Muazu Babangida Aliyu through their spokesman, Mallam Yahaya Mohammed Usman.

The PDP spokesman in Niger said it is throwing its support behind the Rivers State Governor Nyesom Wike who said that former Governor Aliyu owes the PDP an apology for admitting that he undermined the party in 2015 elections.

“We have been vindicated, we had told Nigerians and indeed Nigerlites that Dr. Aliyu betrayed us and worked for the ruling All Progressives Congress.

“He betrayed the party, President Goodluck Jonathan and our governorship candidate, Alhaji Umar Nasko. We have said it and we heard it that he donated funds to the opposition party”.

It should be noted that Governor Wike while speaking on a live interview on African independent television, said, “so we were campaigning not knowing you (Dr Aliyu) were undermining us, and then you also ran for the senate in that election and lost, Aliyu Babangida owes an apology to the PDP”.

It would be recalled that, earlier this week, former Governor Babangida Aliyu admitted in a statement that the 19 northern governors worked against former President Goodluck Jonathan’s election in 2015 because there was an agreement with Jonathan to serve only one term which he reneged.

However, Jonathan fired back, saying Aliyu was a pathological liar and a backstabber. Similarly, former Governors Jonah Jang and Sule Lamido have also denied knowledge of such agreement cited by Aliyu.