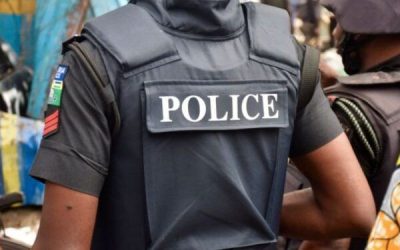 The Bayelsa State Police Command is probing the discovery of the dead body of a 16-year-old girl, Miss Nengi Enenimiete, in the wardrobe of a hotel located in Twon Brass, Brass local Government Area of Bayelsa State.

Investigations revealed the deceased was introduced to a male guest by her friend over the weekend and she checked into the hotel with the guest.

However, the male guest was said to have checked out on Sunday and there was no sign of the deceased. The hotel management also did not suspect any foul until the manager asked one of the housekeepers to clean the room. A foul smell from the room after cleaning prompted the management to conduct a search for the source of the smell and discovered the dead body in the wardrobe.

“When the manager arrived and checked the room. He saw that it was messed up and asked the cleaner to tidy it up for another guest. The cleaner did, but they noticed water dripping on the tiles from another part of the room. While they were checking the room, they perceived a foul smell and started searching for the source. They later discovered the lifeless body of the deceased in the wardrobe,” a source disclosed

Sources said there were no signs of physical injury on any part of the deceased, but the people of Twon Brass were already pressing for an autopsy to determine the cause of death. It was gathered that the girl who introduced the deceased to the male guest has been arrested by the police.

The spokesman of the Bayelsa Police Command, Asinim Butswat, who confirmed the incident, said: “On November 22, 2022, the manager of a hotel in Twon Brass, reported at the Divisional Police Headquarters, Brass, that he perceived an offensive odour from one of the rooms in the hotel, and upon a search, he discovered a lifeless female body hidden inside a wardrobe.

“The deceased was later identified as Nengi Enenimiete, aged 16. Investigation is ongoing to identify the suspects who lodged in the hotel room on the night of the incident.

The dead body has been evacuated and deposited at the mortuary for autopsy. Investigation is ongoing.”