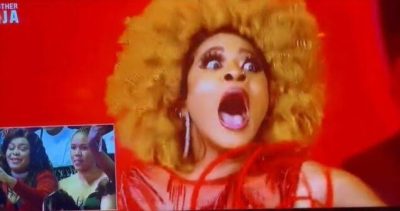 BBNaija S7: Meet The Finalists Of ‘Level Up’ Edition

Phyna has won the BBNaija Season 7. This means she is going home with the N100m grand prize. She defeated Bryann who was the other top two finalists. The remaining finalists were Bella, Adekunle, Chichi and Daniella.

Phyna’s victory  is not coming as a surprise because the Edo State-born lady wormed her way into the hearts of fans of the BBNaija show by being herself and real.

This two two traits endeared her to the fans in no small measure. Right from the outset she displayed a kind of street credibility, a kind of realness, so much so that virtually everyone was carried away by her vibes and content.  She was uniquely herself and that was what mattered.

Phyna was made of the street and right from the beginning that was the strategy she used to garner the support of the fans.

Many fans also believe that of all the housemates, male and female alike, she was the most deserving of the N100m grand prize.

By winning the grand prize, Phyna has gone the way of the other winners of the BBNaija show. And the world, as well as her teeming fans,  eagerly await her vibes and content with which she thrilled viewers of the show for 72 days. She of course will not disappoint.

BBNaija: 8 housemates up for eviction as Chichi saves Daniella, Phyna for finale